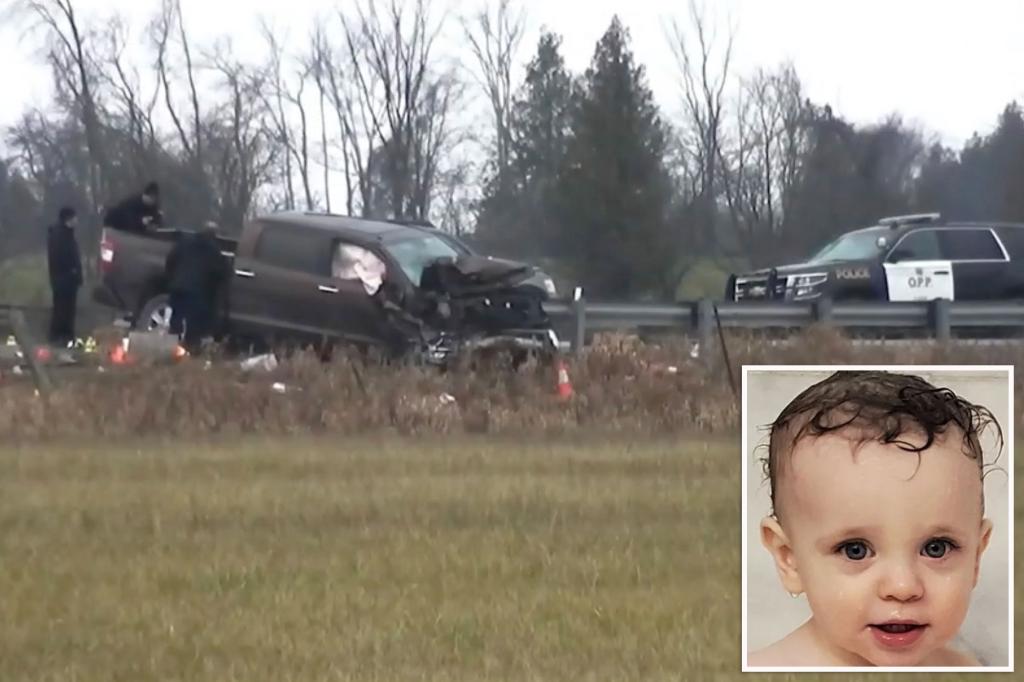 
Three Canadian legislation enforcement officers have been charged with manslaughter in the 2020 shooting death of an 18-month previous child, officers introduced Wednesday.

Toddler Jameson Shaprio was shot and killed in November 2020 when constables with the Ontario Provincial Police tried to cease a truck pushed by the boy’s father in the Metropolis of Kawartha Lakes, in line with the The Peterborough Examiner.

Police stated the person had kidnapped his son from a house in Trent Lakes, about 25 miles away.

The 33-year-old father crashed the truck right into a police cruiser at a roadblock, critically injuring OPP officer Chris Dobbs who was laying down spike strips in the highway.

A struggle broke out after the crash and three officers opened hearth on the car, fatally putting younger Jameson and his father.

OPP Constables Nathan Vanderheyden, Kenneth Pengelly and Grason Cappus had been every charged with manslaughter and felony negligence inflicting death.

They’re scheduled to look in courtroom in Lindsay on October 6, the newspaper reported.

“When a tragedy such as this occurs, it affects the families, the community and our whole service. It is devastating when an innocent life is lost during an incident,” OPP Commissioner Thomas Carrique stated in a press release.

A GoFundMe web page has been set as much as help Jameson’s mom, Tara Shapiro, who has been left two elevate her two different autistic youngsters as a single mom.

Why Switzerland vs. Serbia at a World Cup is such a big deal