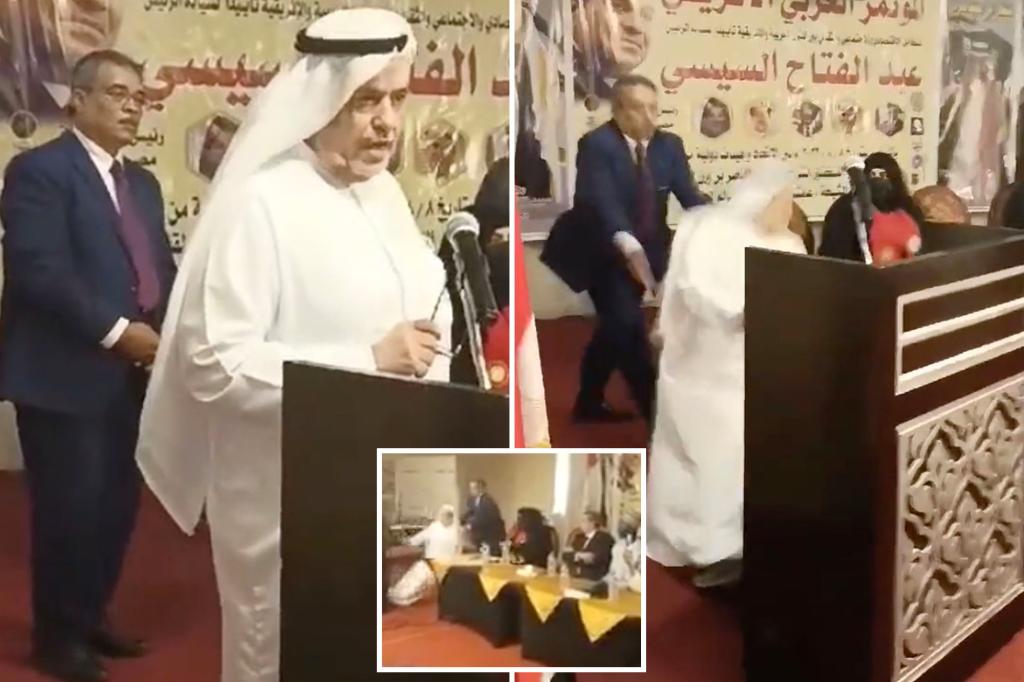 
Shocking video has captured the second a businessman collapsed and died whereas giving a speech at a convention in Egypt.

Muhammad Al-Qahtani, a Saudi businessman reportedly residing in the United Arab Emirates, was giving a speech on the talking on the Arab-African Convention in Cairo on Monday when he appeared to lose consciousness and fall over backward.

Al-Qahtani was chairman of the board of Al-Salam Holding Firm and reportedly held numerous honorary positions as a goodwill ambassador.

He had been talking on the occasion, which was held below the title “in support of the achievements of [Egyptian] President Abdel Fattah Al-Sisi”, on the time he collapsed, in accordance to Arabi21

He had reportedly praised the President of the Emirates, Mohammed bin Zayed, as a “dean of humanity and a man of peace” simply earlier than he fell to the bottom.

Abdullah Elshrif, an Egyptian YouTuber, wrote that Al-Qahtani died after being taken away to a different room by safety guards on the convention.

The occasion was attended by representatives of worldwide, regional and Arab our bodies and organizations, in addition to numerous ambassadors and Arab personalities, Arabi21 reported.

Al-Qahtani’s reason for demise was not instantly clear.