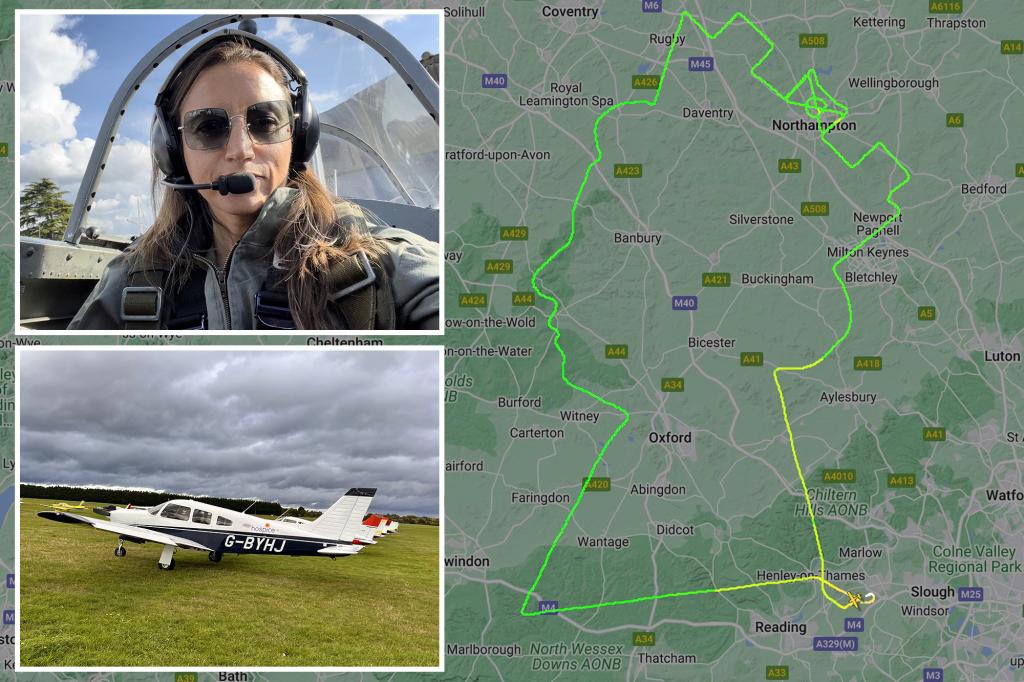 
It was her crowning aviation achievement.

A pilot created the largest portrait of the late Queen Elizabeth II – by “drawing” her outline on a radar track to raise money for a charity.

In the two-hour flight on a Piper PA-28 on Thursday, Amal Larhlid created the distinctive profile of the monarch, who died last month at age 96, the Independent reported.

“Was a privilege to plan and execute this flight for a good cause. Thanks all for your support!” Larhlid said on Twitter, where she shared FlightRadar24’s image of the green contours.

The sky portrait over the UK was 65 miles high and 39 miles wide.

The pilot planned the 256-mile flight by converting a portrait of QEII into a format recognized by ForeFlight, a popular flight-planning site used by pilots worldwide.

Larhlid also kept in touch with air-traffic control as she flew through some restricted airspace, the news outlet said.

She had to abandon her first attempt due to inclement weather, which she said left her “gutted.”

On Thursday, she braved 30-knot winds to accomplish the artistic aerial feat – whose main challenge was creating the detailed royal crown.

“She was an inspiration to many generations, devoting herself to service for 70 years,” Larhlid wrote about the late Queen before her flight on her JustGiving fundraising page for Hospice UK.

“I do believe in the power of remembrance and appreciation in times like these, and I’ll be flying the portrait of Her Late Majesty to pay my respect.

“She will always be in our hearts, and so will our loved ones who left us too,” the pilot added.