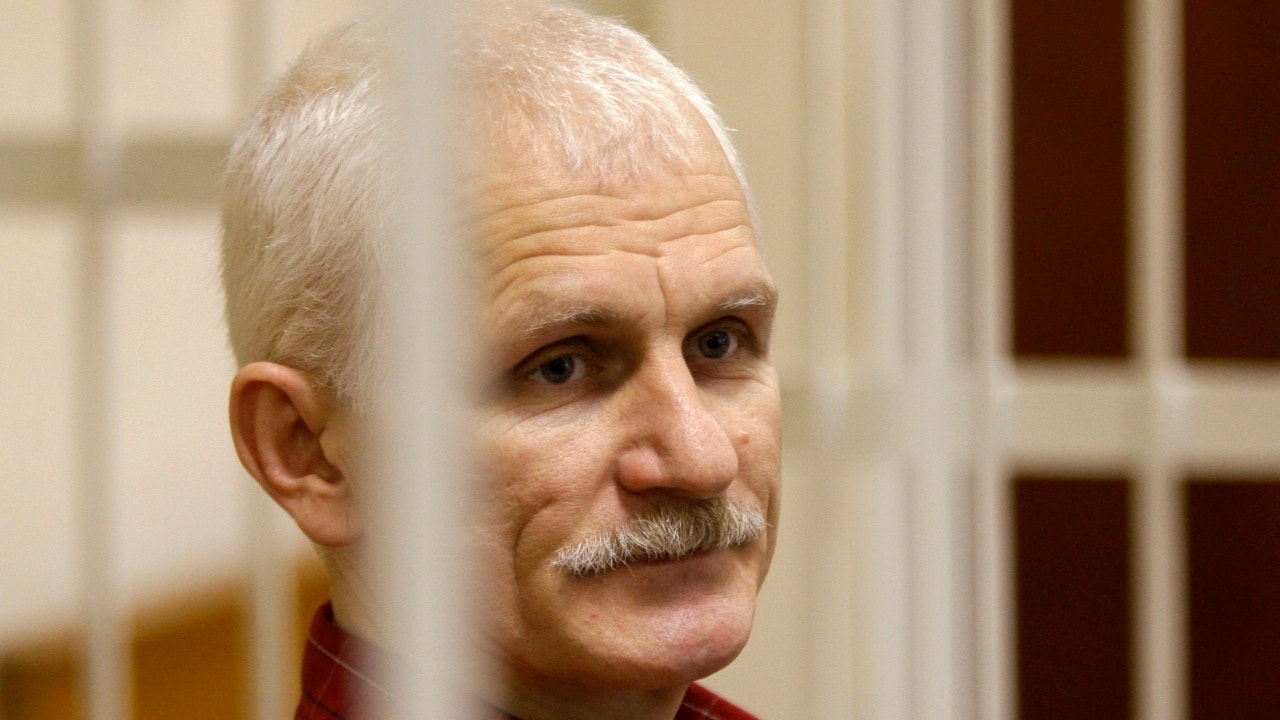 “Through their consistent efforts in favor of human values and anti-militarism and principles of law, this year’s laureates have revitalized and honored Alfred Nobel’s vision of peace and fraternity between nations, a vision most needed in the world today,” she told reporters in Oslo.

The award follows a tradition of highlighting groups and activists trying to prevent conflicts, alleviate hardship and protect human rights.

NOBEL PRIZE GOES TO 3 PHYSICISTS FOR WORK ON QUANTUM SCIENCE

Last year’s winners have faced a tough time since receiving the prize. Journalists Dmitry Muratov of Russia and Maria Ressa of the Philippines have been fighting for the survival of their news organizations, defying government efforts to silence them.

They were honored last year for “their efforts to safeguard freedom of expression, which is a precondition for democracy and lasting peace.”

A week of Nobel Prize announcements kicked off Monday with Swedish scientist Svante Paabo receiving the award in medicine for unlocking secrets of Neanderthal DNA that provided key insights into our immune system.

Three scientists jointly won the prize in physics Tuesday. Frenchman Alain Aspect, American John F. Clauser and Austrian Anton Zeilinger had shown that tiny particles can retain a connection with each other even when separated, a phenomenon known as quantum entanglement, that can be used for specialized computing and to encrypt information. 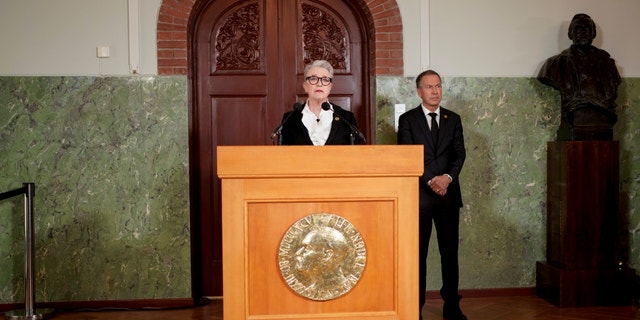 Berit Reiss-Andersen, head of the Nobel Committee, announces the winner of this year’s Peace Prize at the Nobel Institute in Oslo, Norway, Friday, Oct. 7, 2022.
(Heiko Junge/NTB Scanpix via AP))

The Nobel Prize in chemistry was awarded Wednesday to Americans Carolyn R. Bertozzi and K. Barry Sharpless, and Danish scientist Morten Meldal for developing a way of “snapping molecules together” that can be used to explore cells, map DNA and design drugs that can target diseases such as cancer more precisely.

French author Annie Ernaux won this year’s Nobel Prize in literature Thursday. The panel commended her for blending fiction and autobiography in books that fearlessly mine her experiences as a working-class woman to explore life in France since the 1940s.

The 2022 Nobel Prize in economics will be announced on Monday. 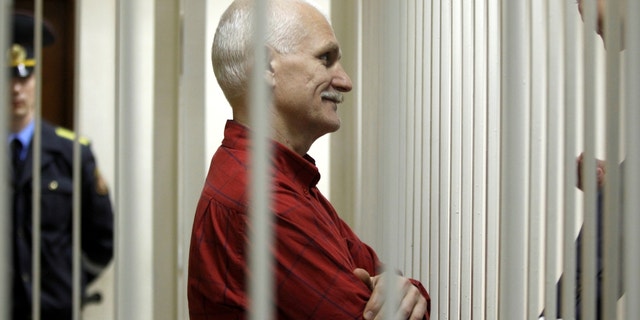 Ales Belyatsky, the jailed leader of Vesna, the most prominent human rights group in Belarus, waves to his relatives as he sits in a cage during a court session in Minsk, Belarus, Thursday, Nov. 24, 2011.
(AP Photo/Sergei Grits, FILE)

The prizes carry a cash award of 10 million Swedish kronor (nearly $900,000) and will be handed out on Dec. 10. The money comes from a bequest left by the prize’s creator, Swedish inventor Alfred Nobel, in 1895.