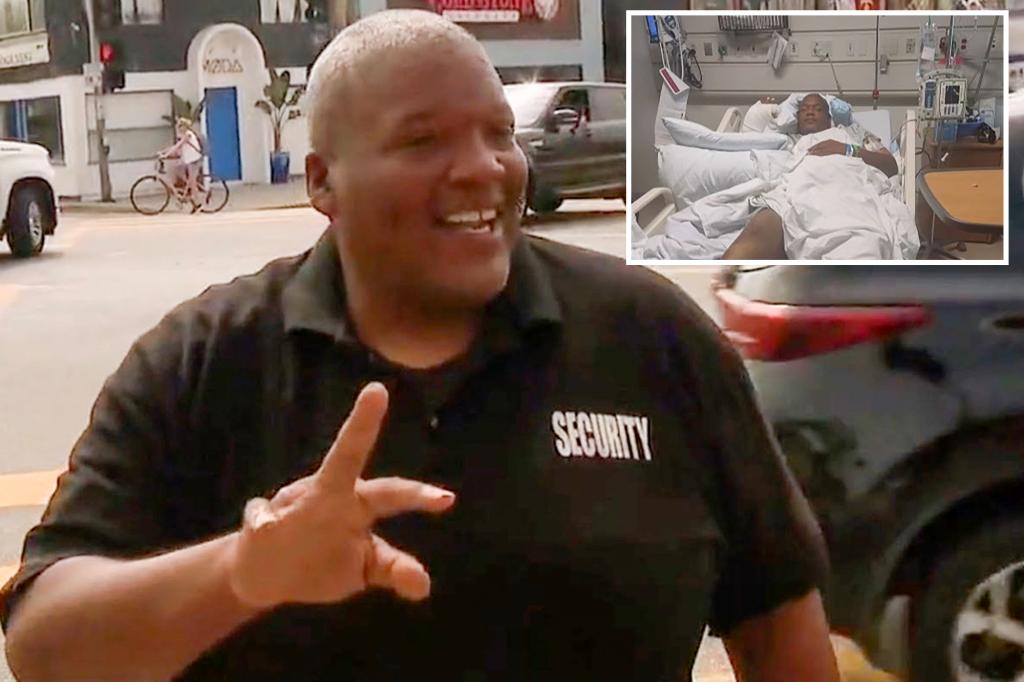 
A Los Angeles security guard is speaking out about California’s homeless crisis after he lost his finger during a stabbing attack by a homeless man in Venice last year.

Tariq Ali – who also goes by T – approached a drunk homeless man on June 3, 2021 after noticing the man loiter near a school. Ali immediately recognized the man, who frequented the area and was asked to leave before.

After Ali attempted to mace the homeless man, the assailant angrily broke a bottle over Ali’s head and stabbed him repeatedly in the wrist, torso and head.

The security guard punched his attacker in the mouth, but the homeless man’s saliva infected his finger wound – causing the ring finger of Ali’s right hand to be amputated.

“When he came towards me, I maced him, but unfortunately the wind came into my eyes and maced me. That’s when I got stabbed in the head, slit in the wrist, and I lost a finger because of an infection,” Ali recalled to FOX 11 Los Angeles.

While the mace wore off, Ali went into shock and did not realize where the blood was coming from. He soon discovered that his head wound was gushing a life-threatening amount of blood.

“Once I got my composure back, I sat down and I was just thinking, ‘This is my last day. I might have about 10 minutes’ or something because I was losing a lot of blood,” Ali recalled.

“The next day, there was so much blood in the parking lot, I don’t even know how I survived,” the security guard added.

Ali told FOX 11 Los Angeles that the incident opened his eyes about the severity of Los Angeles’ homelessness crisis – where there are reportedly 69,000 homeless people in the entire county.

“When my incident happened, it was the first time it was like ‘Oh my god, it’s one of us. This has to stop,’” Ali said.

“I feel like T is the old-school representation of Venice. He really brings out the best in people, helps people smile, just brings joy into peoples lives,” local mom Stacy Baxter said.