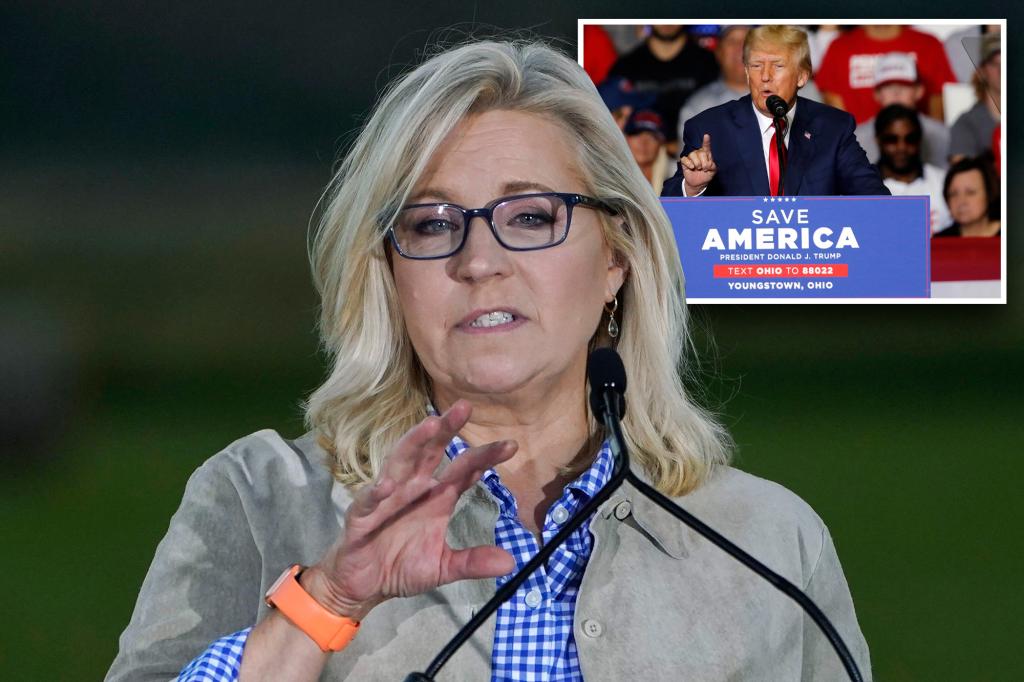 
Outgoing Rep. Liz Cheney said over the weekend that she will leave the Republican Party if former President Donald Trump is the 2024 GOP White House nominee — and vowed for the first time to campaign for Democrats opposing Republican candidates who believe the 2020 election was stolen.

“I certainly will do whatever it takes to make sure Donald Trump isn’t anywhere close to the Oval Office,” ​Cheney (R-Wyo.) said at the Texas Tribune Festival Saturday night.

“I’m going to make sure Donald Trump, make sure he’s not the nominee,” Cheney went on. “And if he is the nominee, I won’t be a Republican.”​

The daughter of former Vice President Dick Cheney then went a step further when asked about Kari Lake, the Republican candidate for Arizona governor who has backed Trump’s insistence that he was beaten by Joe Biden with the help of widespread fraud.

“I am going to do everything I can to make sure that Kari Lake is not elected,” she said.

When asked if that meant campaigning for Lake’s Democratic opponent, Arizona Secretary of State Katie Hobbs, Cheney answered: “Yes, it does.”

Cheney drew Trump’s anger when she voted to impeach him over his role in the Jan. 6, 2021 Capitol riot, and went on to become the vice chairman of the House select committee that is examining the events of that day.

Cheney spoke out four days before the Jan. 6 committee is scheduled to hold another public hearing, its ninth this year.