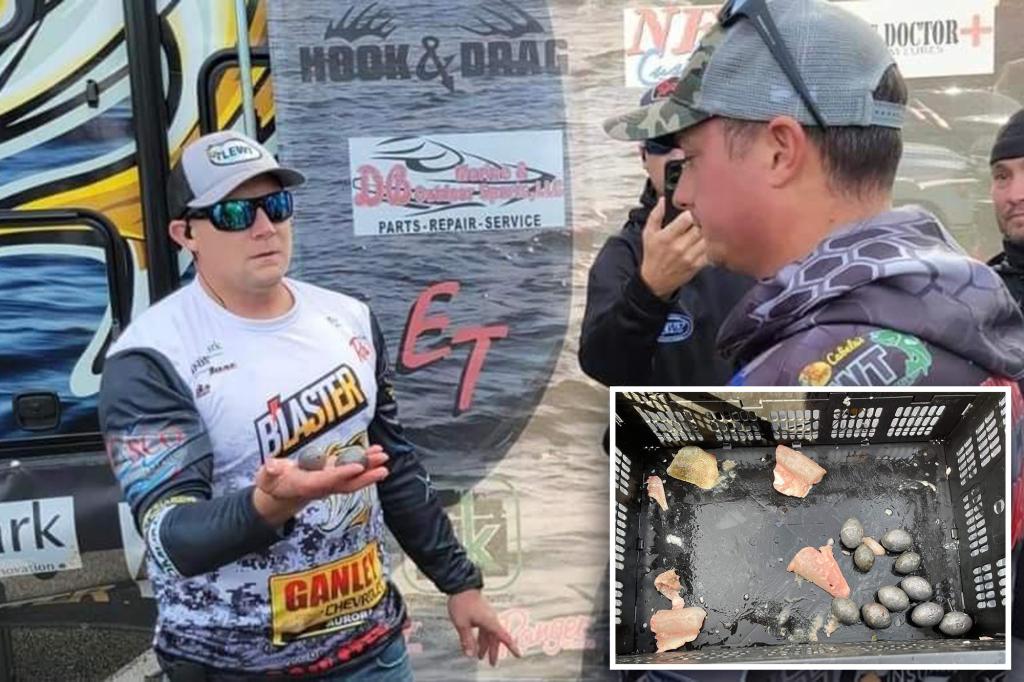 
Reel outrage is rocking the competitive fishing world after the winners of a major Ohio tournament allegedly stuffed their fish with extra fillet and lead weights to score the cash prize.

The team of two competitors in the Lake Erie Walleye Trail contest were set to take home nearly $30,000 in winnings Friday when the tournament’s director, Jason Fischer, said he smelled something fishy.

The contest’s alleged shady participants, Jacob Runyan and Chase Cominsky, weighed in their five walleyes at a collective 34 pounds — when usually each fish weighs closer to 4 pounds, for an expected total catch of around 20 pounds.

Fischer cut open one fish’s stomach and found an extra fillet of walleye and lead balls had been apparently stuffed down its throat, he said. Then he found the same in the other fish, Fischer said.

“We got weights in fish!” Fischer screamed, according to video that captured the tense moment.

Someone else can be heard yelling in the video, which has since gone viral, “He needs to be arrested, he needs to be prosecuted!” referring to the participants.

Fischer can be seen in the video telling the alleged cheaters to leave and asking the crowd not to beat them up.

Fischer, who declined to comment to The Post on Sunday, wrote in Facebook messages since the incident that he is “disgusted” by the cheating and at a “loss for words.”

The two suspect fishermen have made off with tens of thousands of cash prizes before, all of which are now under scrutiny, according to the Toledo Blade.

“I’m sorry for letting you down for so long and I’m glad I caught cheating taking place in YOUR LEWT at the same time,” Fischer wrote on the tournament’s page, addressing participants and fans. “You all deserve the best.”

Runyan and Cominsky made more than $100,000 after winning the top prize in the 2021 Lake Erie Fall Brawl but then were disqualified, the Blade reported. The director of that tournament reportedly said one of the two fishermen had failed a polygraph but didn’t provide more details at the time.

The Blade said some competitors thought the pair had been catching fish before the competitions and sneaking them in, and many in the professional fishing community were whispering about their behavior.

Even more suspect was the fact that the duo apparently didn’t donate their catches to local food banks like the other competitors, the outlet said.