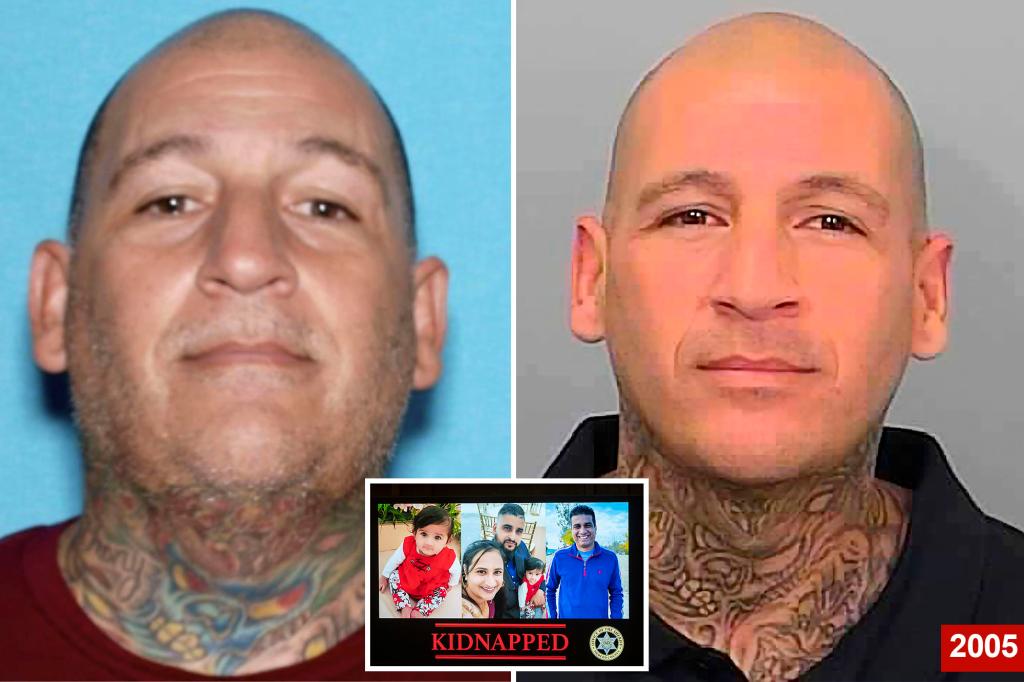 
The suspect in the armed kidnapping of a California family — whose bodies were found in rural California Wednesday — had previously robbed another family at gunpoint and threatened to kill them, a victim revealed.

Jesus Salgado, 48, was taken into custody Tuesday and is considered a person of interest in the abduction of a family of four — including an 8-month-old girl — from Merced County on Monday.

Now, a victim in the 2005 robbery — which Salgado spent 8 years in prison for — has spoken out about his family’s terrifying ordeal.

The man, who owns a trucking company like the victims in the deadly Merced kidnapping, told CBS47 that Salgado worked for him for two years.

After the business owner, who wasn’t identified, fired Salgado, he said the disgruntled former worker showed up at his home in Dec. 2005 wearing a ski mask and held a gun to the back of his head.

The victim said Salgado then used duct tape to restrain him, his wife, their 16-year-old daughter and the girl’s friend, and then “stole all the money we had, rings, that kind of stuff.”

According to the homeowner, Salgado then forced his daughter and her friend to jump in their pool, and tried to push the dad into the water as well.

Before leaving, the homeowner said Salgado warned him: “If you call the police, I will kill you.”

The family reported the robbery and Salgado was arrested the next day.

Court records indicate that in 2007, Salgado pleaded no contest to charges of first-degree robbery, attempted false imprisonment and dissuading a witness related to a 2005 home invasion.

He served 8 years in prison, followed by three years of parole with ran out in 2018.

Since being released from prison, Salgado has not had any major contacts with law enforcement, Sheriff Warnke said at a press conference earlier on Wednesday.

The family of four from Merced was kidnaped at gunpoint from their trucking business on Monday morning.

Law enforcement played a chilling surveillance video that showed a masked suspect leading Singh and his brother out of the building with their hands ziptied behind their backs, and then returning for the mother and baby.

No motive was given for the deadly kidnapping of the family in Merced, although the sheriff speculated that it may be financial.

No charges have been announced against Salgado in connection with the kidnapping and deaths as of early Thursday morning.