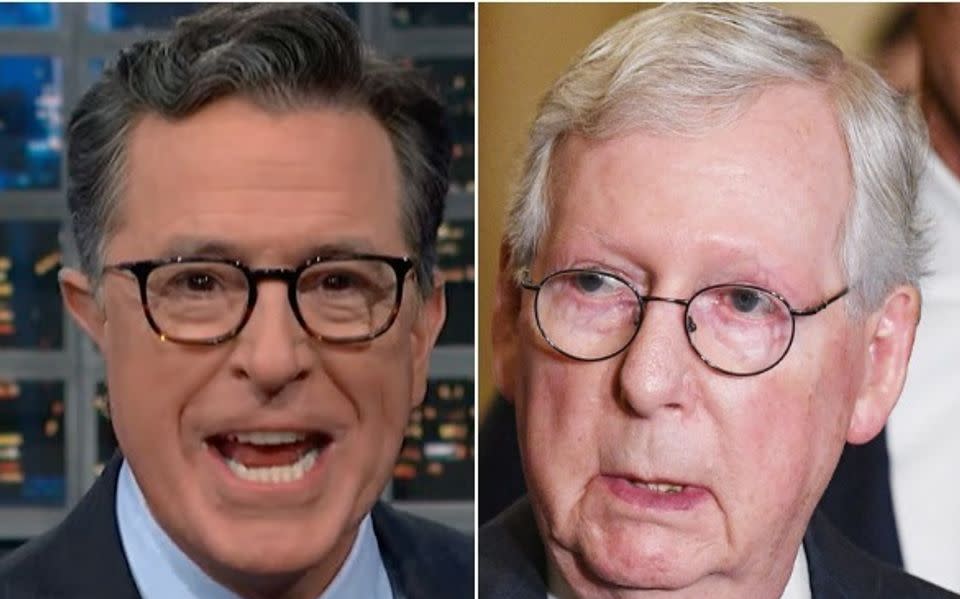 That may trigger the U.S. to default on its debt, and will result in larger costs, large job losses and a recession, the “Late Show” host famous.

Colbert did away with the turtle comparisons that comics and critics alike have turned to through the years and got here up with a brand new one for McConnell: the Nice Goblin from “The Hobbit” movie:

“I’m not sure if you’re booing for McConnell or the goblin,” Colbert joked. “They’re both bad guys.”

Colbert then gave McConnell one other comparability ― not about his look, however his notion of bipartisanship.

Test it out in his Tuesday night time monologue: