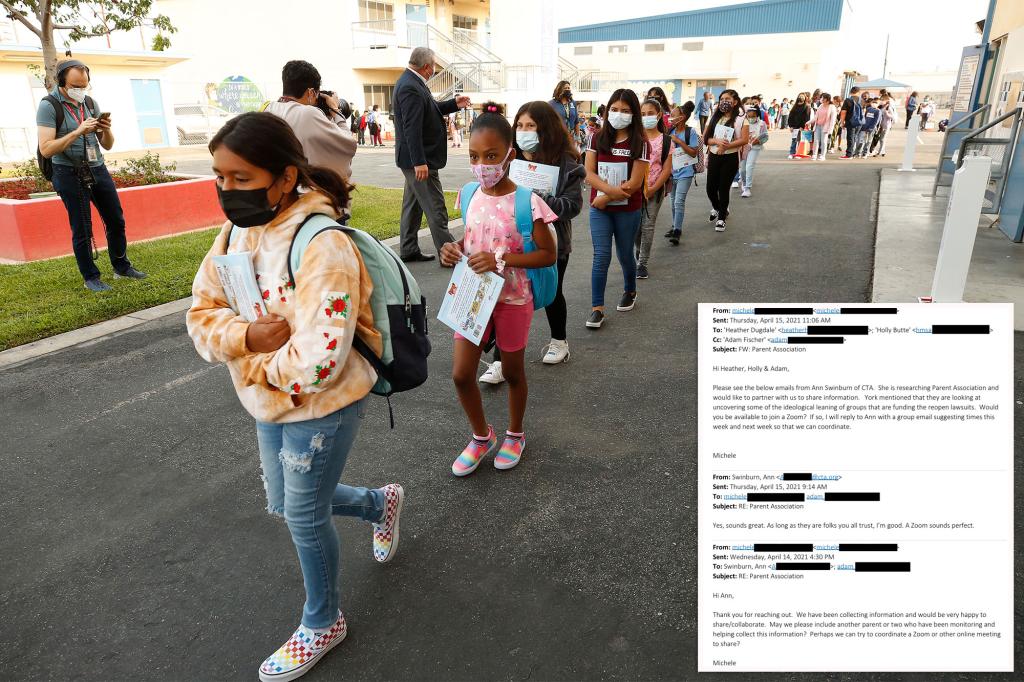 
A California teachers union is being accused of spying on parents after emails reveal the union was conducting opposition analysis on guardian teams preventing for schools to reopen during the peak of the COVID pandemic.

The California Teachers Affiliation (CTA) employed a researcher who emailed a guardian arm of the native union in April 2021, hoping to dig up data on the motives of San Diego County parents who had efficiently sued the state to reopen schools a month earlier.

In accordance to emails obtained by a public information request, the union was in search of to uncover “some of the ideological leaning of groups that are funding the reopen lawsuits.”

The researcher, Ann Swinburn, appeared to not less than speculate that the guardian teams suing for California schools to reopen have been funded by right-wing political teams and massive cash pursuits, in accordance to archived tweets she shared.

Reopen California Schools, which shared the emails, mentioned the teams have been really simply parents who wanted their children again in class with some normalcy.

The CTA didn’t instantly return a request for remark.

A candidate for California superintendent of public instruction condemned the revelations in a press release to Fox News.

“Conducting opposition research is a common practice in political campaigns. But to have the teachers’ union dedicate personnel to politically target moms and dads protecting their own children and expressing their first amendment rights is both startling and disgusting,” Lance Christensen instructed Fox Information.