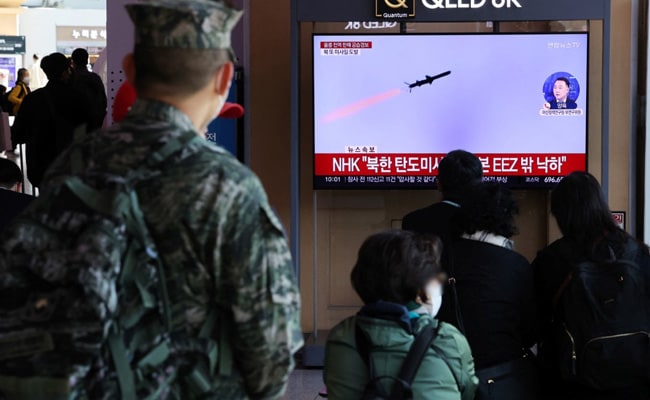 South Korea said the exercise showed it would respond “sternly to any provocations”.

South Korea’s military said Wednesday it had fired three precision air-to-ground missiles near the spot on the maritime border where a North Korean ballistic missile landed earlier in the day.

The missiles were fired into waters “near the Northern Limit Line at a distance corresponding to the area where the North Korean missile struck,” it said in a statement, adding the exercise showed Seoul would respond “sternly to any provocations”.

The military said it was the “first time since the peninsula was divided” at the end of the Korean War hostilities in 1953 that a North Korean missile had landed so close to the South’s territorial waters.

“President Yoo pointed out today that North Korea’s provocation is an effective territorial invasion by a missile that crossed the Northern Limit Line for the first time since the division,” his office said in a statement.

The missile that was closest to South Korea landed in waters just 57 kilometers (35 miles) east of the South Korean mainland, the military said.

The military released a statement describing the missile launch near South Korean territorial waters as “very rare and intolerable”.

Video: Man’s Wait For Missing Couple At Hospital Sprucing Up For PM