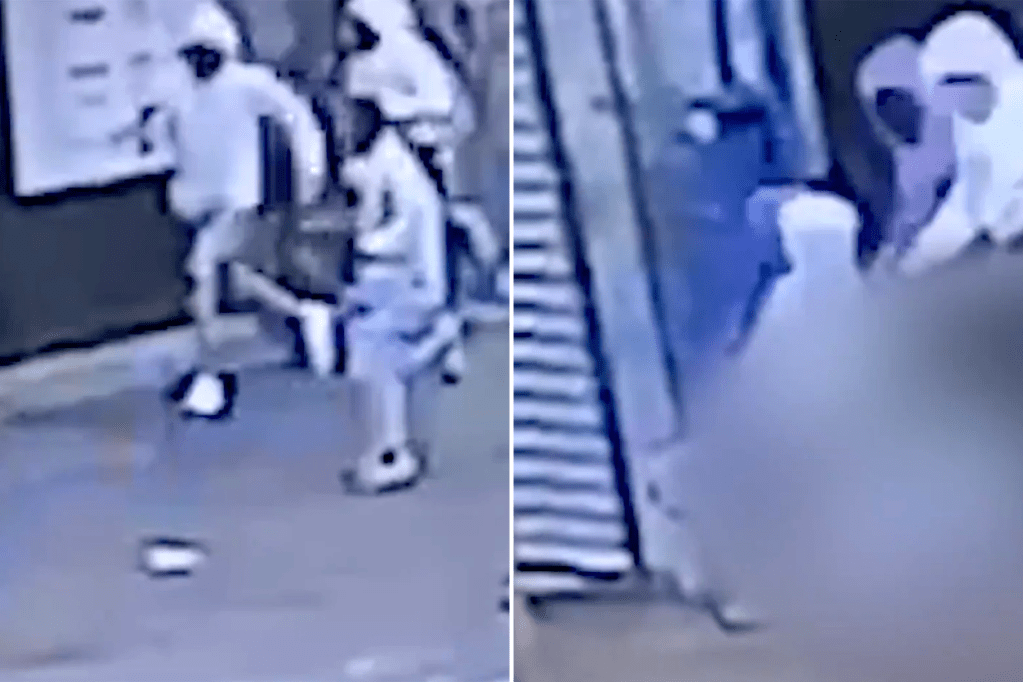 
Stunning safety footage obtained by The Submit exhibits the second a 16-year-old boy was by chance shot in the head and killed by his cohort throughout a gunfight in Brooklyn Tuesday afternoon.

The shooter was firing at a rival gunman after he was shot within the abdomen amid a volley of bullets alongside an East New York business strip at round 1:30 p.m., police mentioned.

However as an alternative of placing his rival, the gunman by chance struck Cahlil Pennington, 16, within the head on the nook of Miller Avenue, in line with police and video footage.

After Pennington was shot, one other younger man with a blood-drenched sweatshirt makes an attempt to drag a limp Pennington off the road nook and out of the firing line.

Pennington, a Canarsie resident, was taken to Brookdale Hospital and pronounced useless, in line with police.

The opposite teenagers all fled the world, and have been at giant, cops mentioned.