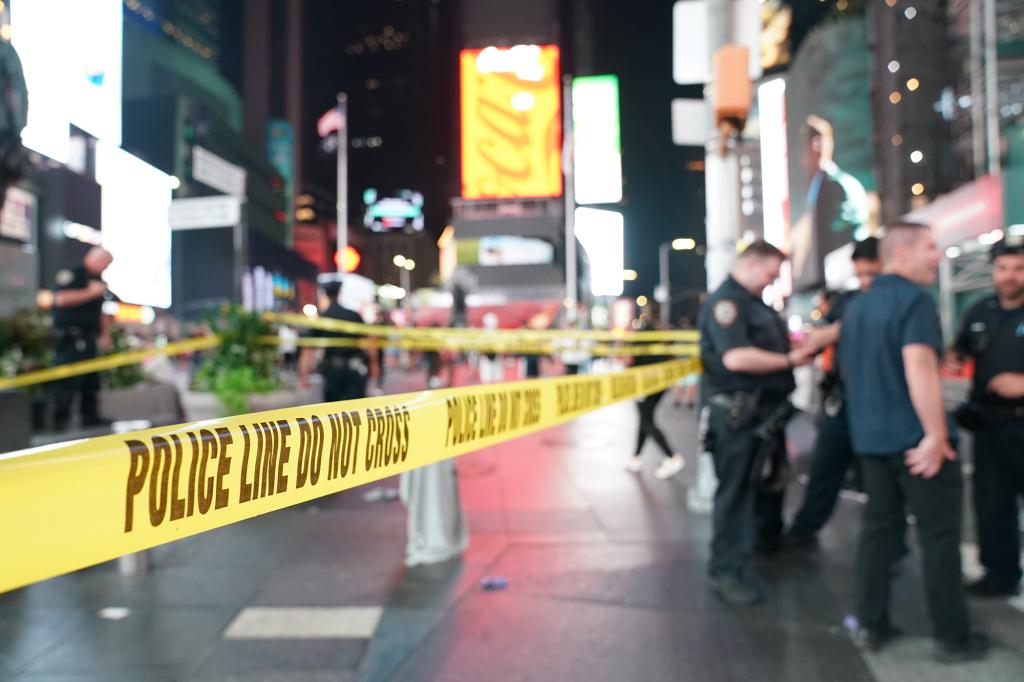 
A Maryland tourist was smashed in the head with a bottle, slashed across the face and robbed in Times Square over the weekend — the latest Big Apple attack on an unsuspecting out-of-towner.

The 30-year-old victim was outside the CVS at 1440 Broadway in Manhattan around 4:30 a.m. Saturday when he was approached by two men and a woman, police sources told The Post.

The trio tried to get the victim to buy drugs, then the woman propositioned him for sex, sources said.

When the tourist refused both offers, one of the suspects hit him in the head with a bottle and slashed him across the face with a sharp object before running off with $140, the sources said.

The victim was taken to Bellevue Hospital, where he needed 16 stitches to close the gash across his right cheek, the sources said.

The incident comes after a visitor from Denmark was shot on the Upper West Side last month for refusing to give up his valuables to an armed thief.

The 31-year-old European tourist was at West 103rd Street and West End Avenue in Manhattan around 3:30 a.m. Sept 18 when he “just kept walking” as the robber demanded his cell phone and cash, police said.

Earlier last month, a 30-year-old tourist from Belgium also was slashed in the face in an unprovoked attack at a Chelsea subway station in Manhattan, police said.

And Sept. 1 a 21-year-old Big Apple visitor from St. Louis was attacked and raped at a Times Square subway station around 3 a.m., police said.