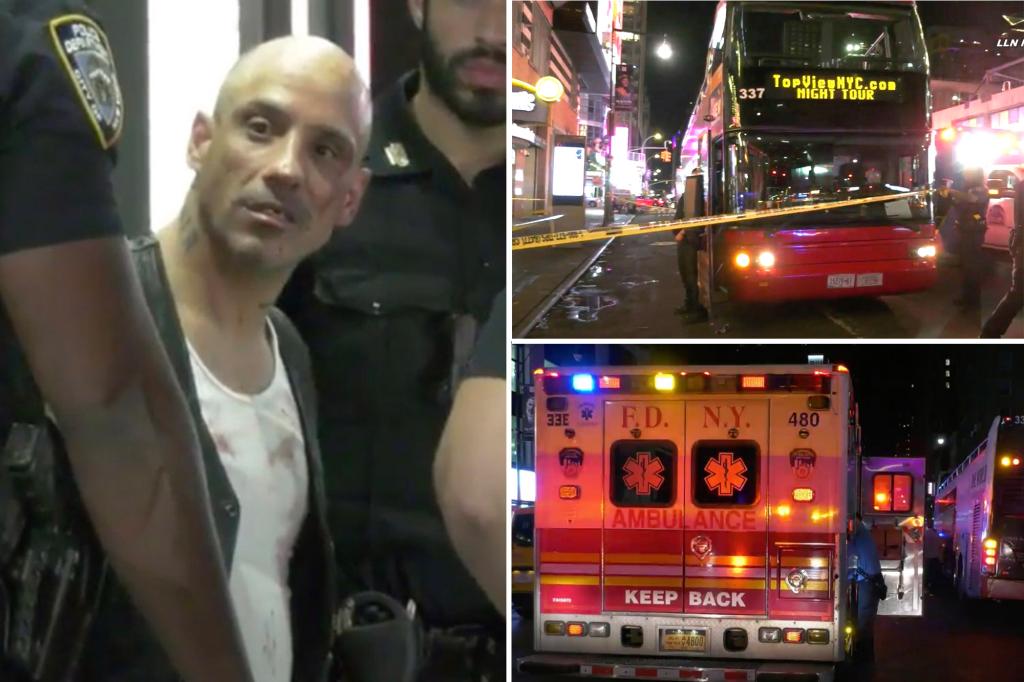 
A tour bus driver was slashed and stabbed by a razor-wielding panhandler who was hassling his passengers for cash late Tuesday in Midtown, cops mentioned.

The 53-year-old driver parked the double-decker bus on Eighth Avenue close to West forty second Avenue round 11:40 p.m. when 40-year-old Hector Cruz approached passengers and begged for cash, in line with police.

The beggar ultimately boarded the bus and commenced swinging round a razor blade. Cruz allegedly slashed the driver in the face and torso, and stabbed him in the chest.

He initially fled after the assault, however police caught as much as him a couple of blocks away.

The blade was recovered, cops mentioned.

Cruz is “known to the department,” however police couldn’t instantly present particulars on his prior arrests.