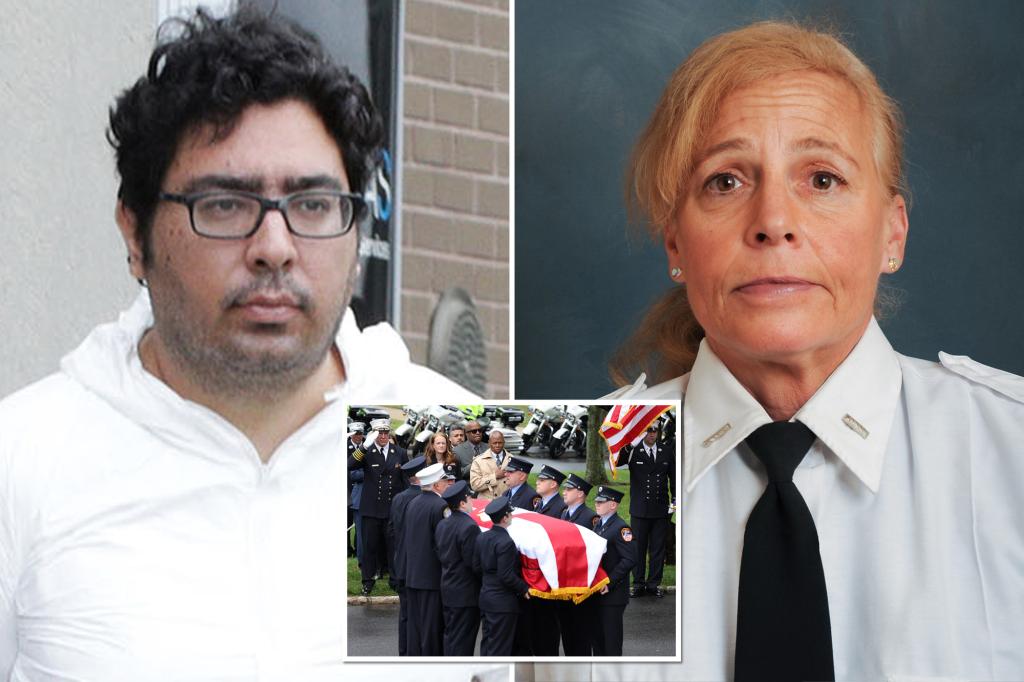 
The man charged with the stabbing death of hero FDNY EMT Capt. Alison Russo-Elling was arraigned on a murder indictment Thursday — pleading not guilty from the Bellevue Hospital psych ward via video link.

Peter Zisopoulous, 34, was ordered held for further psychiatric evaluation during the hearing, where he at times appeared confused, at one point saying he did not consent to the video link arraignment.

“I do not consent,” Zisopoulos said when asked by Queens Judge Ushir Pandit-Durant if he agreed to the arraignment being done remotely.

“Yes, I can hear you,” Zisopoulos said.

“Wilson. You came close,” Lafaurie said. “So, you’re not in court because you’re at the hospital. I told you that we were going to plead not guilty. Do you want to do that?”

Lafaurie then asked the judge for a psychiatric evaluation of his client.

“My client has a past psychiatric history going back to 2018. He’s been at Bellevue Hospital for around seven days at this point,” he said. “We believe that he doesn’t understand the charges against him. We are asking for an exam….”

Pandit-Durant approved the request and set Nov. 29 as the next court date in the case.

About 120 EMTs packed the courtroom Thursday for the accused killer’s hearing, which was live-streamed from Bellevue Hospital, where Zisopoulos has been held for psychiatric observation since his arrest.

Zisopoulos is charged with ambushing Russo-Elling, a veteran EMT who planned to retire in six months, just a block away from her Queens firehouse on Sept. 29, stabbing her 19 times in a maniacal, random attack, according to police.

His court appearance came one day after Russo-Elling was mourned at a moving funeral service at the Tiles Center at LIU Post in Brookville, with hundreds on hand to pay their final respects to the FDNY hero.

Zisopoulos, wearing a light blue hospital gown, could be seen on the video link holding a telephone receiver with his left hand, at times cupping his right ear with his other hand — appearing wide-eyed through his glasses.

Russo-Elling, 61, was on a lunch break around 2:20 p.m. on Sept. 29 when she was attacked, with Zisopoulos allegedly slammed her to the ground, got on top of her and repeatedly stabbed her, yelling out, “f–k you, f–k your” before running off.

Zisopoulos allegedly fled to his apartment, where he briefly barricaded himself before being taken into custody and charged with murder in the senseless slaying.

Russo-Elling — an FDNY veteran who was among the first responders who jumped into action after the 9/11 terror attacks — was rushed to Mount Sinai Hospital, where she was pronounced dead.

The accused killer was also charged with weapons possession in the attack.

“This is a tragic case and a devastating loss for the family as well as our city,” Queens District Attorney Melinda Katz said in a statement. “FDNY EMS Captain Alison Russo-Elling spent her 25-year career helping others in their time of need.

“Now, her family mourns her passing because, as alleged, the defendant brutally stabbed Ms. Russo-Elling to death near her workstation in Astoria,” Katz said. “Our condolences go out to the family, friends and colleagues that she leaves behind.”