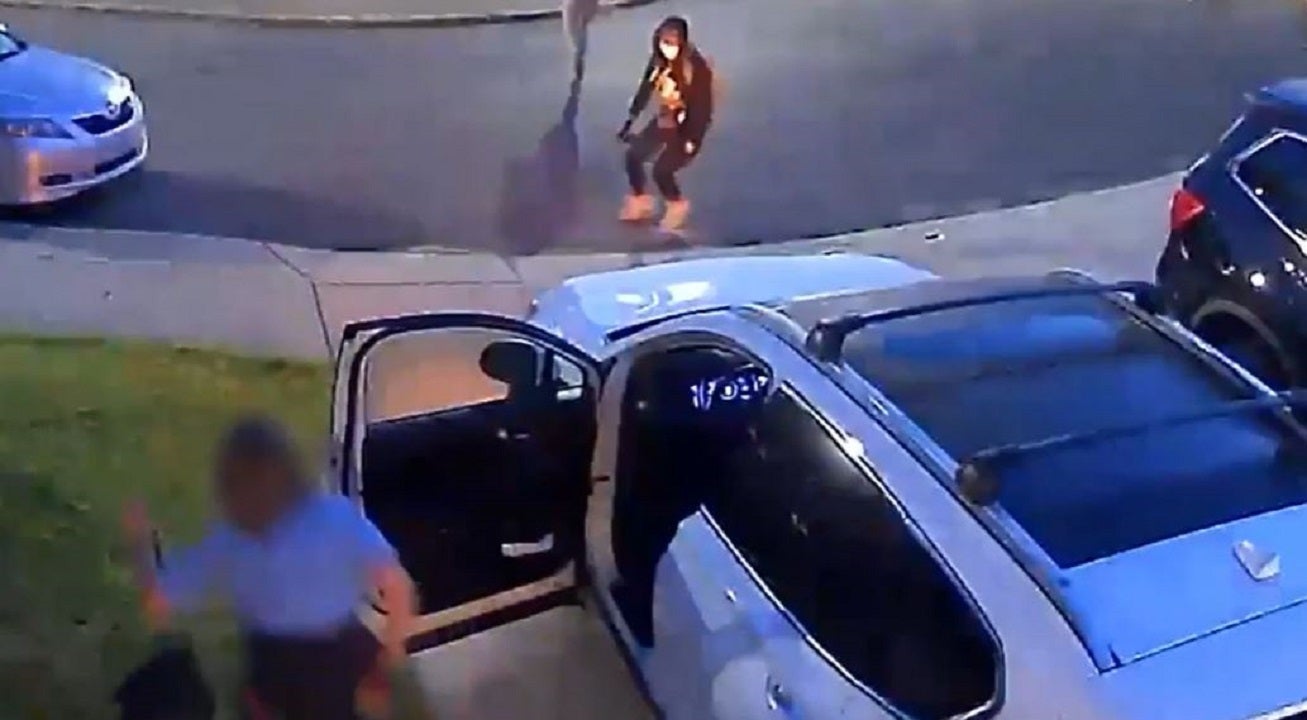 An early morning armed carjacking in Philadelphia involving a mother and her teenage daughter was caught on video, authorities said.

The pair were leaving their home around 6:20 a.m. on Sept. 19 when they were ambushed by a carjacker with a gun, the Philadelphia Police Department said in a video released Monday asking for help in identifying the suspect.

“It appears he was laying in wait,” police Capt. John Ryan told FOX Philadelphia. “He rode a bicycle up there, left the bicycle behind, we have that.”

An armed carjacker ambushed a mother and daughter in Philadelphia before making off with their vehicle, police say.
(Philadelphia Police Department)

The suspect took the woman’s purse as they were both getting into the vehicle They are heard on security video screaming in fear.

The woman’s Hyundai Santa Fe was taken from a driveway and no one was hurt, police said.

“Our recommendation is always not to resist, and not get yourselves hurt in these situations,” Ryan said. “It’s not worth you being injured or hurt worse than that.”

No arrests have been made in the case, police said.