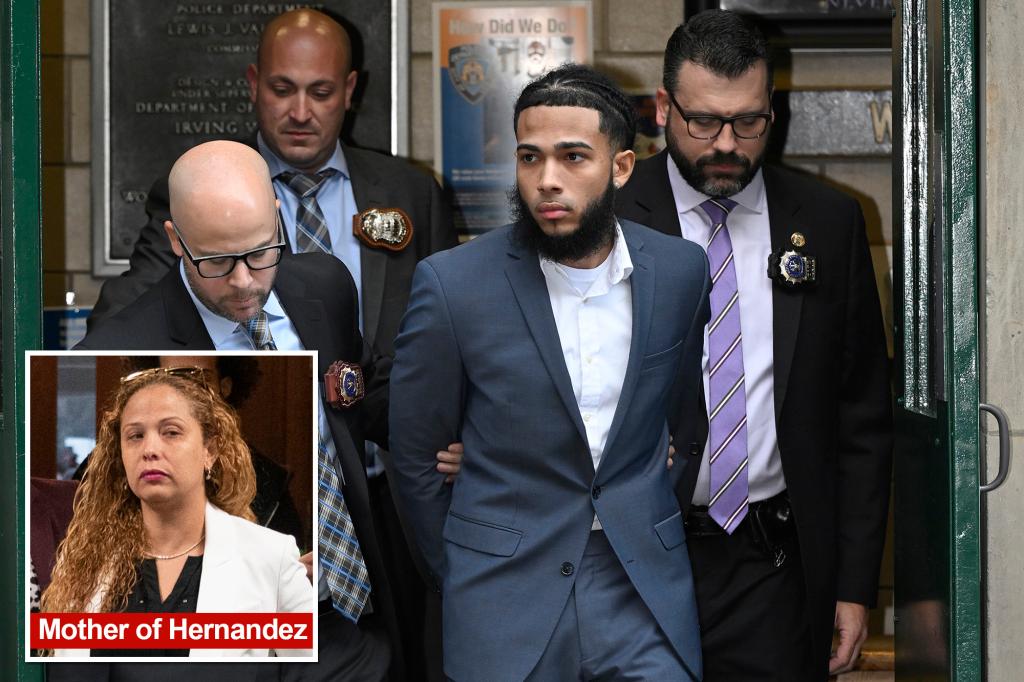 
Pedro Hernandez, the accused career criminal and onetime darling of criminal justice advocates, was ordered held without bail Tuesday — as prosecutors revealed he tried to flee to Panama while being sought on an attempted-murder charge.

Hernandez, 22, also booked “several flights” during his nearly one month on the lam following a shooting outside St. Patrick’s Cathedral, prosecutors said at his arraignment in Manhattan Criminal Court.

“This is direct evidence that the defendant is a flight risk,” Assistant District Attorney Jennifer El-Fakir told Judge Michael Gaffey during the hearing.

Defense attorney Andre Travieso countered that bail was not necessary for his client, who has three open cases in The Bronx from 2019 all still hanging over him.

“My client is a lifetime resident of New York,” Travieso told the judge. “He has very, very strong family ties. He has a mom, sister, uncle, cousin here today. My belief is that my client will be here for his court appearances. We are ready to put up a strong fight on this matter.”

But the judge, citing Herhandez’s past arrests, opted to jail him without bail.

Hernandez was busted Monday on an attempted-murder charge stemming from the Aug. 28 shooting sparked by a dispute over a three-card monte game.

He was on the run for nearly a month on the case before he was picked up by the NYPD at his mother’s home in The Bronx. Authorities said he had been expected to surrender to police Monday — but those plans later fell through.

Hernandez has a pending lawsuit against the city, claiming the NYPD has targeted him unfairly in his past run-ins with the law.

In court Tuesday, his mom suggested that was the case with his latest arrest.

“At this moment all I can say is this fight with the NYPD is not the first time and once again we will win,” Jessica Perez told The Post.

Hernandez, who has a lengthy criminal record, was once championed by criminal-justice advocates who fought to get him released after he served one year at Rikers Island on a 2015 robbery case.

Hernandez had refused to cop a plea deal in the case and was held behind bars until a liberal advocacy group sprang him on $100,000 bail. The Robert F. Kennedy Human Rights Foundation was advocating for lower or no bails in many cases, saying the system discriminated against minorities and the poor.

Bronx prosecutors ultimately ended up dropping the robbery case against Hernandez when a key witness got cold feet — only to see the suspect in handcuffs for other alleged crimes again and again.

In the latest case, Hernandez is accused of flying into a rage after losing cash and a gold chain during a game of three-card monte, a notoriously rigged urban sidewalk hustle.

He allegedly followed the two men pulling off the hustle to their red Mercedes-Benz and fired a single shot into the vehicle — then chased the car in his own black BMW, cops said.

The chase ended up at the parking garage of the Palace Hotel, where one of the three-card monte operators dropped his cash and jewelry on the ground before running off.

Hernandez then allegedly grabbed his items off the ground and left the scene — and cops had been looking for him since.

According to the Bronx District Attorney’s Office, Hernandez was out on bail on two of his three cases currently pending in that borough.