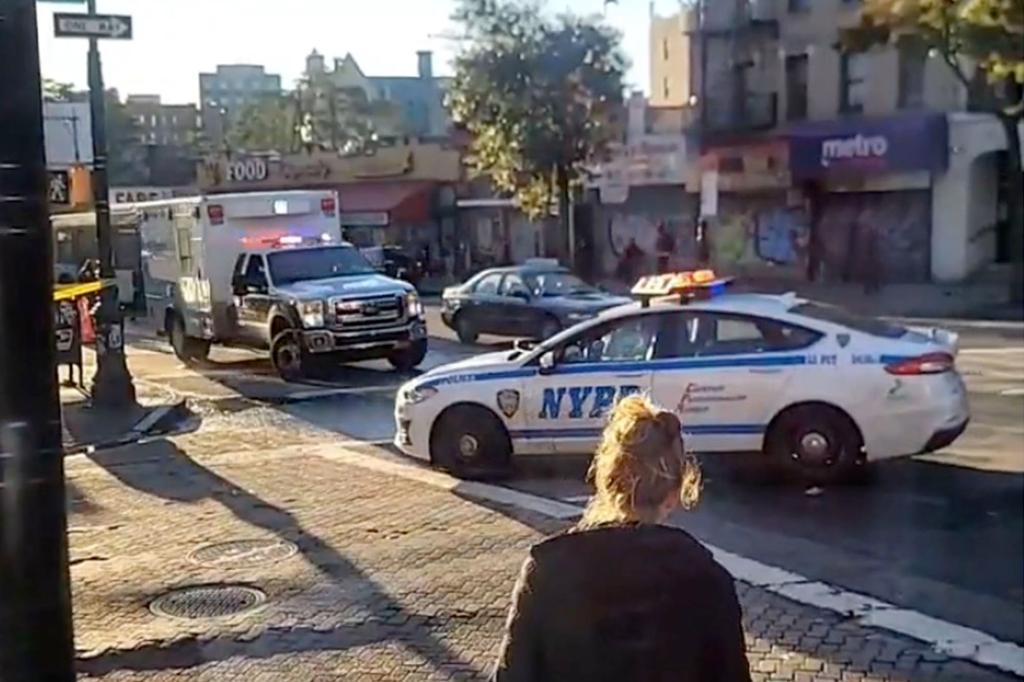 
An unhinged man slashed an NYPD cop in the face in the Bronx on Thursday morning, authorities said.

Cops responded to a 911 call of a 33-year-old “emotionally disturbed” man displaying a knife on Andrews Avenue near West Fordham Road in Fordham Heights at around 7:15 a.m., police sources said.

The officers found the man two blocks away at the corner of West Fordham Road and Grand Avenue, according to the sources.

When two cops approached him, he allegedly lashed out and slashed one of them in the nose with the knife, authorities said.

The injured officer’s partner then tased the crazed suspect, the sources said.

The disturbed man was taken to BronxCare Health System for treatment and charges were not immediately filed.

The knife was recovered at the scene.

The hurt cop, a 26-year-old man, was taken to St. Barnabas Hospital in stable condition.

No one else was injured.