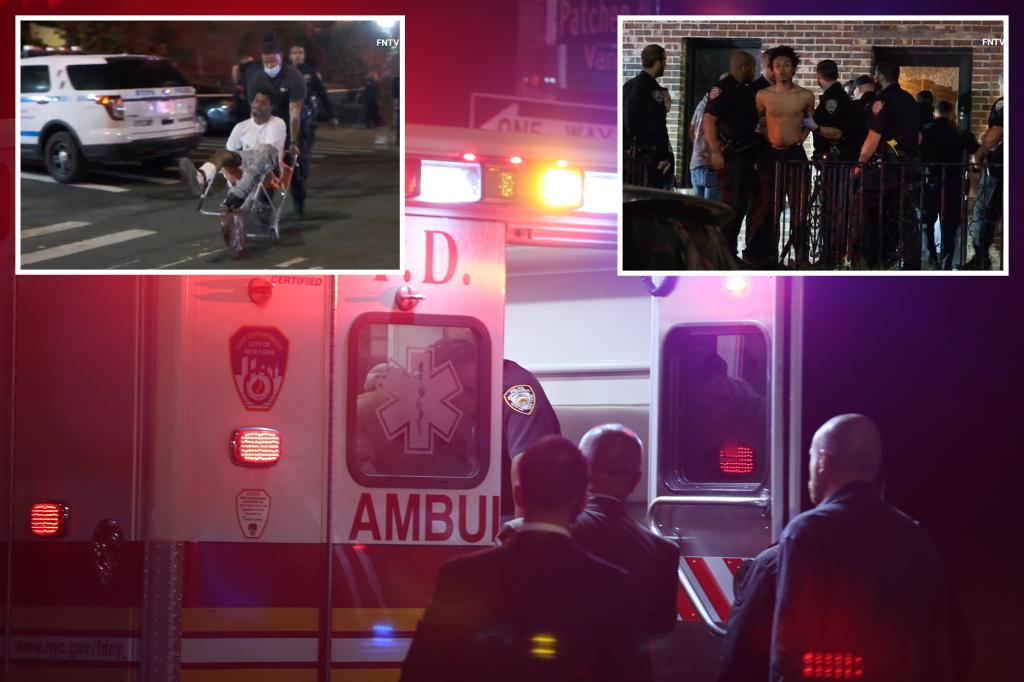 
An NYPD officer shot a man suspected in an earlier shooting during a foot chase in Brooklyn on Thursday night, police said.

The officer and another cop were investigating a double shooting at Kosciuszko Street and Broadway just after 9:30 p.m. when they spotted the suspect nearby and “engaged” the man, Chief of Patrol Jeffrey Maddrey said at an early Friday press conference.

But the man fled and police gave chase. During the pursuit, the cops saw the man grab his waist and “turn towards them,” prompting one of the officers to open fire, Maddrey said.

The cop fired two shots and struck the suspect once in the leg, but he kept fleeing and ran into an apartment building on Patchen Avenue, according to the chief.

Police were able to bust inside the building and arrest the suspect before he made his way into an apartment.

The suspect was hospitalized and two men who were inside the apartment he was trying to enter were taken in for police questioning, Maddrey said.

Police had yet to recover a gun as of early Friday.

The earlier shooting that police believe the suspect may be connected to left two men injured. They were both hospitalized with gunshot wounds and are expected to survive, police said.

Before the police chase, another suspect in the same shooting had already been arrested, Maddrey said. That suspect was armed with a gun, police said.