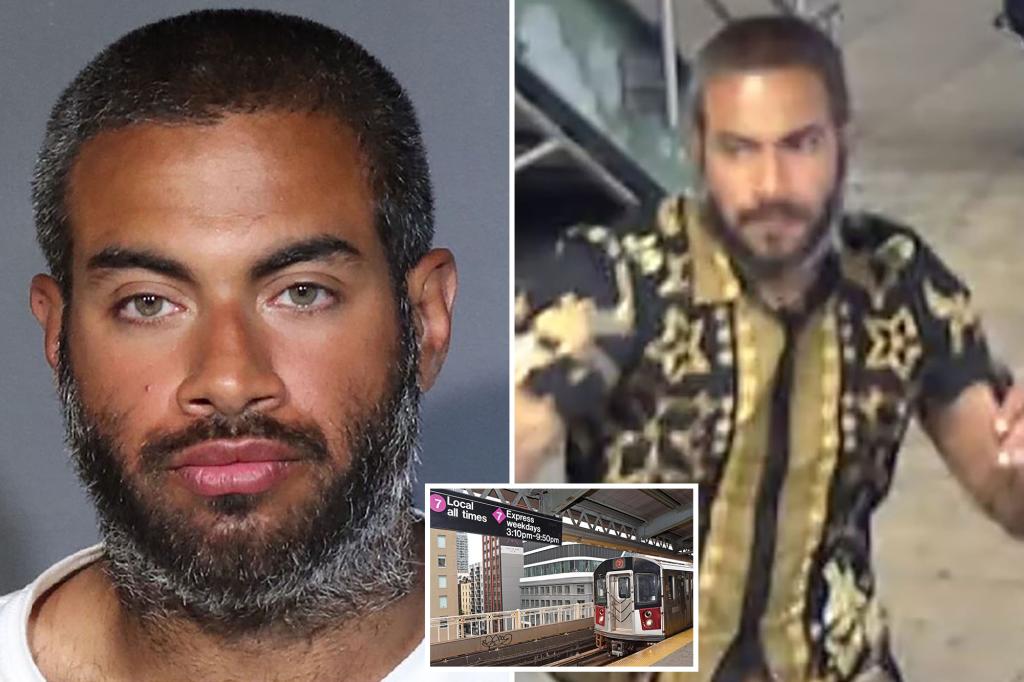 
A Queens man has been arrested for 2 separate random slashings on a No. 7 train in as many days — together with one which left the subway automotive so bloody, it needed to be taken out of service, cops and sources stated Sunday.

Donny Ubiera, 32, stabbed two males — one in the face and the opposite in the neck — with out provocation in separate incidents Friday and Saturday morning alongside the Flushing-to-Midtown subway line, the NYPD stated in a press release.

The first attack occurred at 8:40 a.m. through the Friday morning rush hour at Queensboro Plaza in Lengthy Island Metropolis, Queens, and left the 62-year-old sufferer with cuts to the face and hand, in accordance with police.

There was a lot blood in the train automotive that it needed to be taken out of service, sources stated.

The sufferer wanted stitches to shut his wounds.

the following day at 7:15 a.m. on the 74th Road-Broadway station in Jackson Heights, Queens. Cops stated he approached his unsuspecting sufferer, displayed a “large” knife and stabbed the man in the neck and fled.

The sufferer was taken to Elmhurst Hospital in vital however secure situation, cops stated.

The NYPD recovered a knife from the scene; Ubiera was nabbed about 12 hours later.

He faces two counts every for tried homicide, assault and weapons possession.