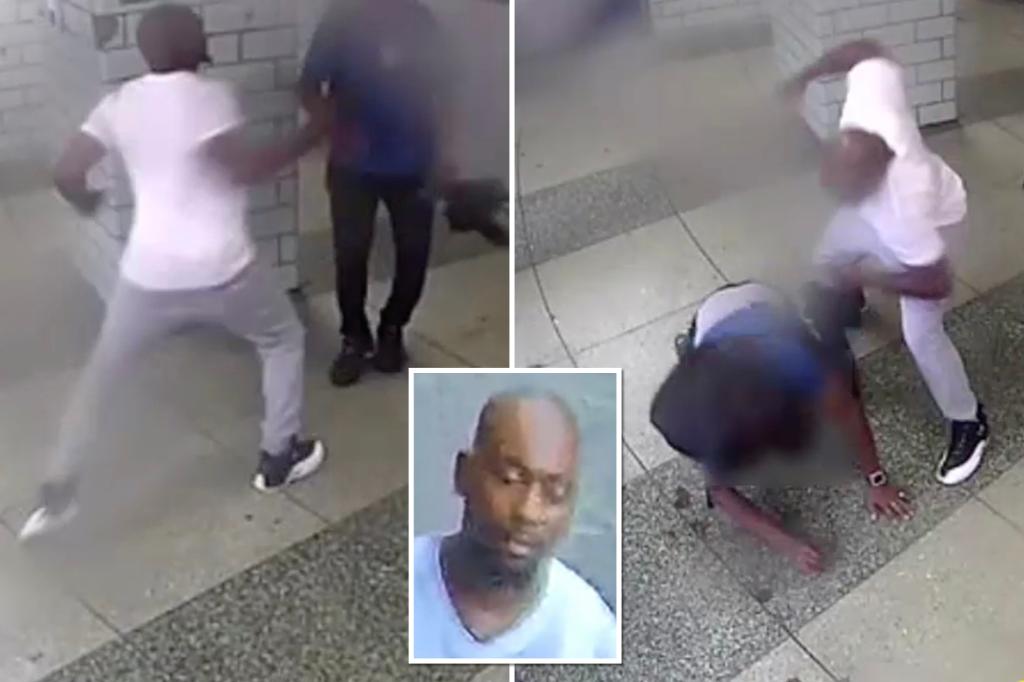 
A man was brutally beaten in an unprovoked assault in the foyer of a Brooklyn NYCHA constructing earlier this month, disturbing new video shows.

The 58-year-old sufferer was strolling in the foyer of the Langston Hughes homes on Sutter Avenue in Brownsville round 4:30 p.m. when one other man entered and punched him repeatedly, knocking him to the bottom, footage launched late Thursday shows.

The video cuts out earlier than cops say the altercation continued exterior.

A second suspect then approached the sufferer and punched him as soon as in the again of the pinnacle, inflicting him to fall and hit his head on the bottom, cops mentioned.

The sufferer then fell unconscious, police mentioned. He was taken to Brookdale Hospital Medical Middle in secure situation.

Each assailants then bumped into the rear of the housing growth. Police are nonetheless trying to monitor them down.