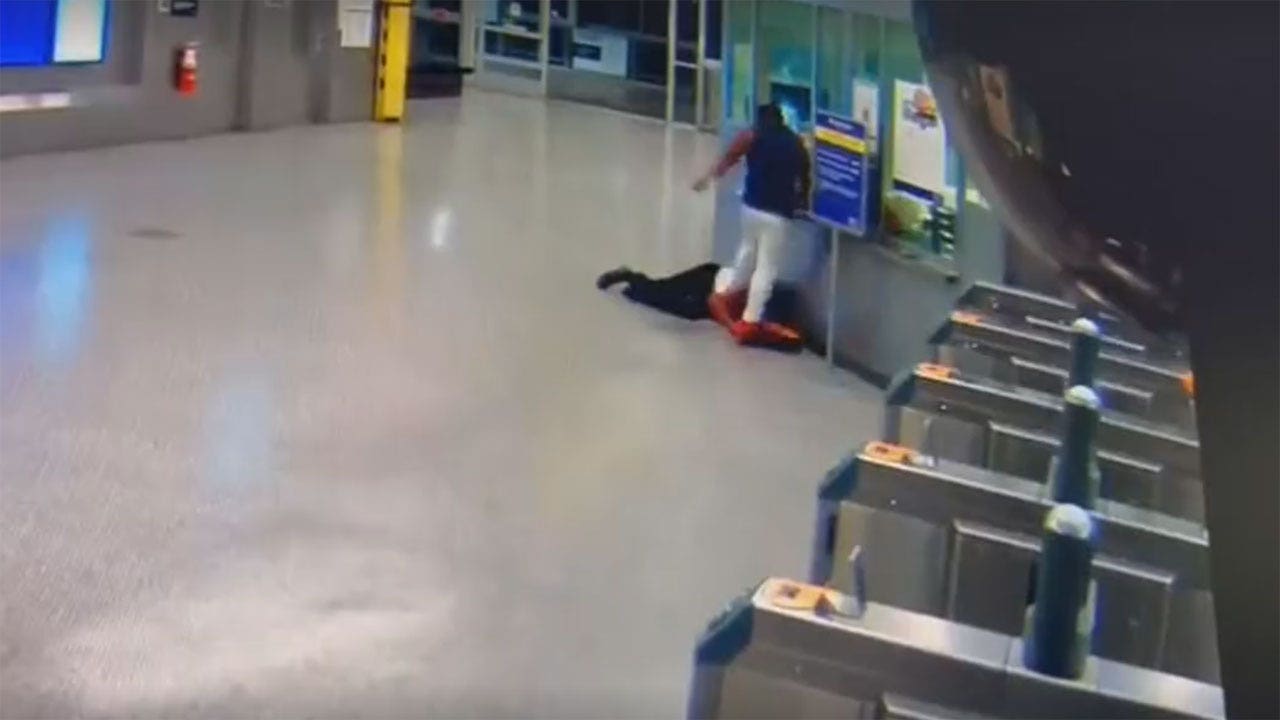 A New York City woman who was randomly attacked in a Queens subway station last week said no police officers were around to help during or after the violent assault.

“The mayor said we would have much more cops in the subway, and the cops specifically would be patrolling the subways because that’s where the worst of the crimes we are having. Especially at places like Howard Beach station,” the victim told the New York Post on Tuesday. “There was no one. Why no protection there?”

Waheed Foster, a 41-year-old homeless man, was arrested on felony assault charges in connection to the attack, which took place at the Howard Beach JFK Airport station on the morning of Sept. 20.

A homeless man attacked a woman at a Queens subway station on Sept. 20.
(Fox News)

Video of the incident shows the suspect chasing after the victim then throwing her into a ticketing booth before punching and kicking her. A bystander could be seen briefly trying to stop the assault but was scared off by the suspect.

CRIME, EMPLOYEE SHORTAGES FORCE NYC TO RAMP UP SURVEILLANCE, SOME BUSINESSES TO CLOSE THEIR DOORS

Crime is up 45.8% on New York City’s transit system so far this year compared to the same time frame in 2021, according to the NYPD.

Mayor Eric Adams has pledged to crack down on the surging crime rates, most recently announcing that 5,400 cameras will be installed on 2,700 subway cars. 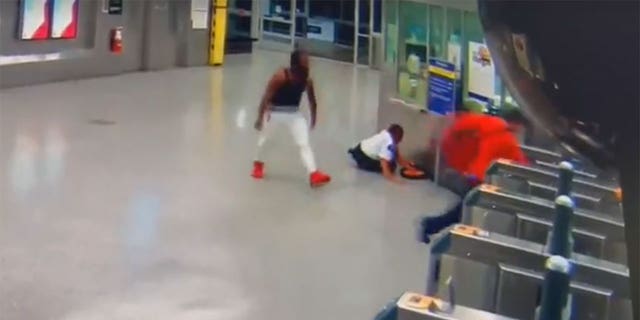 A bystander tried to intervene but ran off when the suspect approached him.
(Fox News)

Foster, the suspect in last week’s subway attack, has several prior arrests, including robbery, larceny, criminal mischief, assault on a woman with a screwdriver, and the murder of his own grandmother when he was 14 years old, according to the New York Post.

Paul Best is a reporter for Fox News Digital. Story tips can be sent to [email protected] and on Twitter: @KincaidBest.