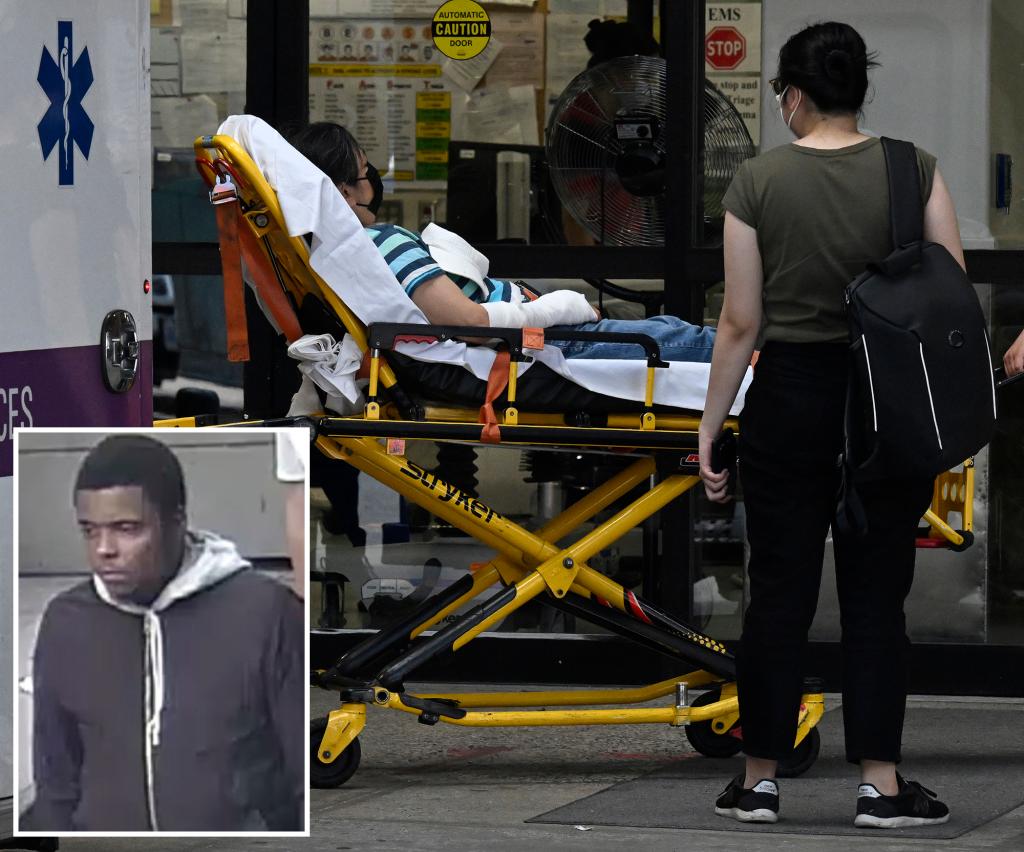 
A woman was randomly slashed by an individual with a boxcutter as she walked down a Midtown street Sunday, police said.

The 59-year-old sufferer was sliced in the exact hand by the one who crept up behind her on Seventh Avenue near West forty second Street in an unprovoked assault spherical 10 a.m., in protecting with cops.

Dramatic video shared by the NYPD displays the suspect a variety of steps behind the woman as she pulls a procuring trolley down the block.

He raises the blade in the air, with his arm outstretched in the route of the sky, sooner than out of the blue lunging on the woman and slashing the blade down on her correct hand.

The woman was transported to Bellevue Hospital in regular scenario.

The suspect, in the meantime, fled eastbound on East forty second Street sooner than cops arrived.

Police are asking anyone with information in regard to the incident to call the NYPD’s Crime Stoppers Hotline at 1-800-577-TIPS (8477) or for Spanish, 1-888-57-PISTA (74782). Most people may even submit their concepts by logging onto the CrimeStoppers website online at https://crimestoppers.nypdonline.org/ or on Twitter @NYPDTips.