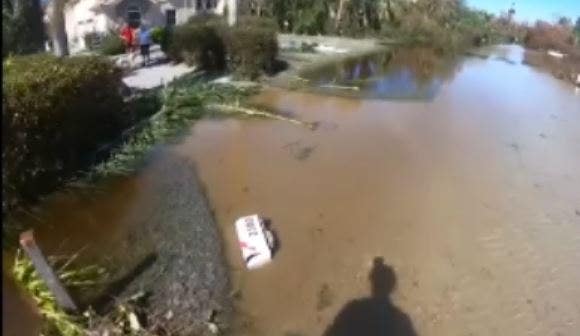 
The U.S. Coast Guard released footage on Saturday of one of many rescues in southwestern Florida following the wrath of Hurricane Ian.

A video posted on the USCG Atlantic Area Command Facebook page showed a member of the MH-65 Dolphin aircrew from Air Station Miami rappelling from a helicopter to a home on Sanibel Island for a rescue.

At the end of the video, the airman can be seen greeting a man, a woman and a dog who were all stranded on the island.

The same crew completed many other rescues in surrounding areas during the same timeframe, according to the page.

assisting in the rescue of more people and pets. 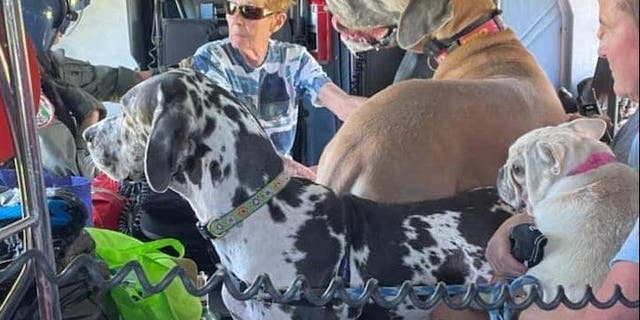 A photo from the cabin of USCG Air Station Clearwater’s H60 aircraft shows people and pets rescued from the aftermath of Hurricane Ian.
(U.S. Coast Guard/Facebook)

As of Saturday afternoon, the Coast Guard said crews have saved or assisted 442 people and 89 pets in Florida and South Carolina who were victims of Hurricane Ian. 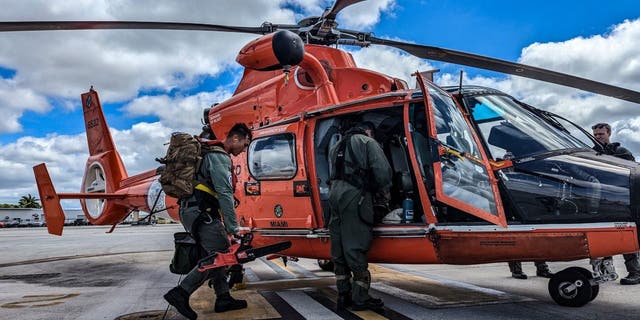 U.S. Coast Guard members board a helicopter in the aftermath of Hurricane Ian.

In addition, over 118 USCG flights have flown since Wednesday to assist in the search and rescue efforts following Hurricane Ian.