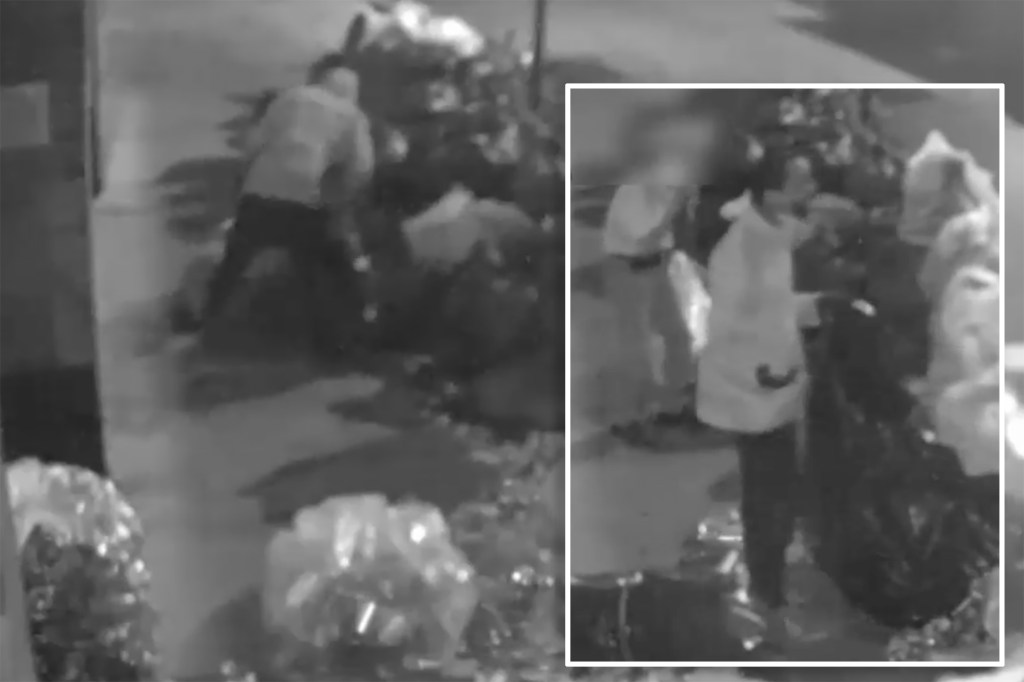 
An enraged attacker punched an aged can collector who he accused of littering throughout a Decrease East Aspect sidewalk, new video exhibits.

The 77-year-old man was accumulating soda cans from the trash round 2 a.m. Sept. 12 on Orchard Avenue close to Stanton Avenue when one other man confronted him concerning the cans strewn on the bottom, authorities stated.

The video clip, launched late Tuesday, exhibits the suspect sifting by means of the rubbish when the suspect appeared to speak with him earlier than delivering a swift blow — briefly knocking him to the bottom.

The suspect then picked up just a few bottles and put them in a trash bag as he spoke to another person who confirmed up on the scene, the clip exhibits.

He later fled and cops are nonetheless in search of him, authorities stated.

Cops say the sufferer is Asian, however the incident shouldn’t be being investigated as a hate crime.