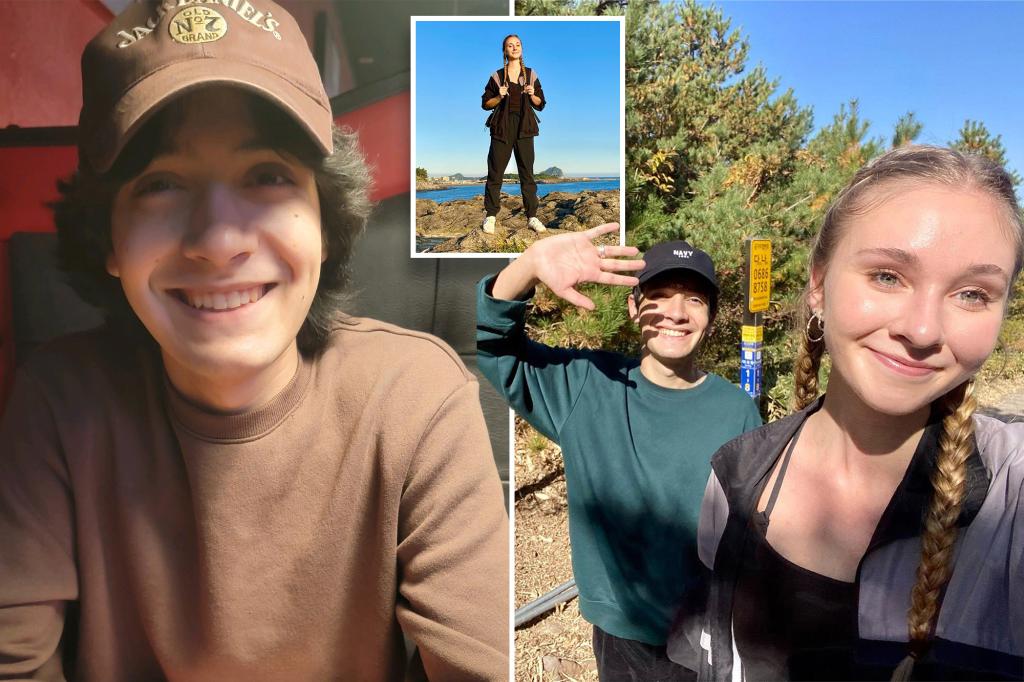 Nursing student Anne Gieske posted heart-rending images of herself and fellow US exchange student Steven Blesi just hours before they were killed in the Halloween stampede in South Korea.

Gieske, who was in her third year at the University of Kentucky, and Blesi, a Georgia native who was spending the semester in Seoul, were among the more than 150 people killed Saturday night in the capital city.

It also has emerged that the 20-year-old woman was the niece of Republican US Rep. Brad Wenstrup of Ohio, who mourned her loss in a statement.

“Monica and I, and our entire family, are grieving the loss of our niece Anne Marie Gieske. She was a gift from God to our family. We loved her so much,” Wenstrup wrote.

“We are completely devastated and heartbroken over the loss of Anne Marie. She was a bright light loved by all. We ask for your prayers but also the respect of our privacy. Anne’s final gift to us was dying in the state of sanctifying grace. We know we will one day be reunited with her in God’s kingdom,” he added.

Gieske, who celebrated her birthday the day before she was killed, recently set up an Instagram account called Anne_in_Seoul, where she posted images of her adventures in the country.

Several of her posts include images of herself and Blesi.

One image shows her standing behind a large 20th birthday cake near the Han River.

Several show her with a group of friends during a hike to Mount Hallasan on Jeju Island, the highest point in the country.

“Caught the sunset by the Jusangjeollidae Cliffs,” she capti oned one post, which included selfies and videos.

Another shows her beaming with outstretched arms at the Cheonjeyeon Waterfalls in Jeju, where the group also visited the Olle Market.

Gieske also posted an image of an ice cream dessert and coffee.

“Coffee dates with old friends and new – candle meditation during my stress management class – quick selfie before my geriatric nursing class,” she wrote.

Blesi had recently wrapped up midterms and was out celebrating with friends Saturday when they came across the massive Halloween celebration, the first in two years post-COVID restrictions.

He and his friends were among the 100,000 revelers out partying in the popular nightlife district.

Gieske also attended the party, University of Kentucky President Eli Capilouto said in a statement Sunday. Two other students and a faculty member also in South Korea for the semester were reported safe.

Before Gieske enrolled at the University of Kentucky, she was a student at Beechwood High School where she was a member of the band.

Former band director Austin Bralley said he was still in trying to come to terms with her death, Fox 19 reported.

“It was shocking, obviously, we take our band very seriously and we put lots and lots of hours into it,” Bralley told the outlet. “So you get to know the students really, really well and they’re like your own children.”