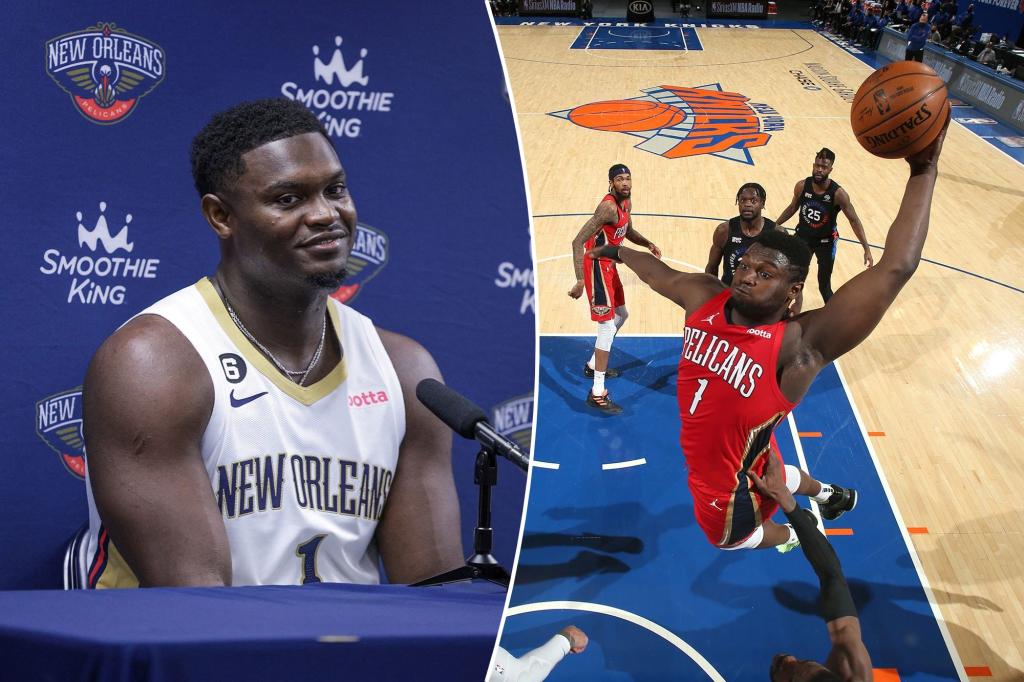 
A new NBA season means renewed hope for Zion Williamson. Perhaps this time there is good reason for it.

The Pelicans star hasn’t played in a game since May 2021 — more than 500 days ago — but looked lean, fast and like a “wrecking ball,” according to forward Larry Nance in New Orleans’ team scrimmage Tuesday night.

So much for rust.

The 22-year-old first-overall pick in 2019 who missed all of last season after suffering a fracture in his right foot was happy to be able to go in the 5-on-5 practice. He also didn’t miss a shot according to Nance.

“He looks like the same wrecking ball we all know and love,” Nance said. “Very pleased to say the least.”

So, too, is Charlotte after inking the oft-injured 6-foot-6 All-Star forward to a five-year, $193 million rookie max contract this summer — a deal that includes a de-escalator clause that’s weight related. Already, he showed up for training camp looking svelte and healthy.

Now the only question is if Williamson, who has averaged 25.7 points, seven rebounds and 3.2 assists in 85 games over parts of two seasons, can stay that way and lead a promising Pelicans team that includes CJ McCollum, Brandon Ingram and Jonas Valanciunas deep into the playoffs after losing to the Suns in the opening round last season without their superstar.