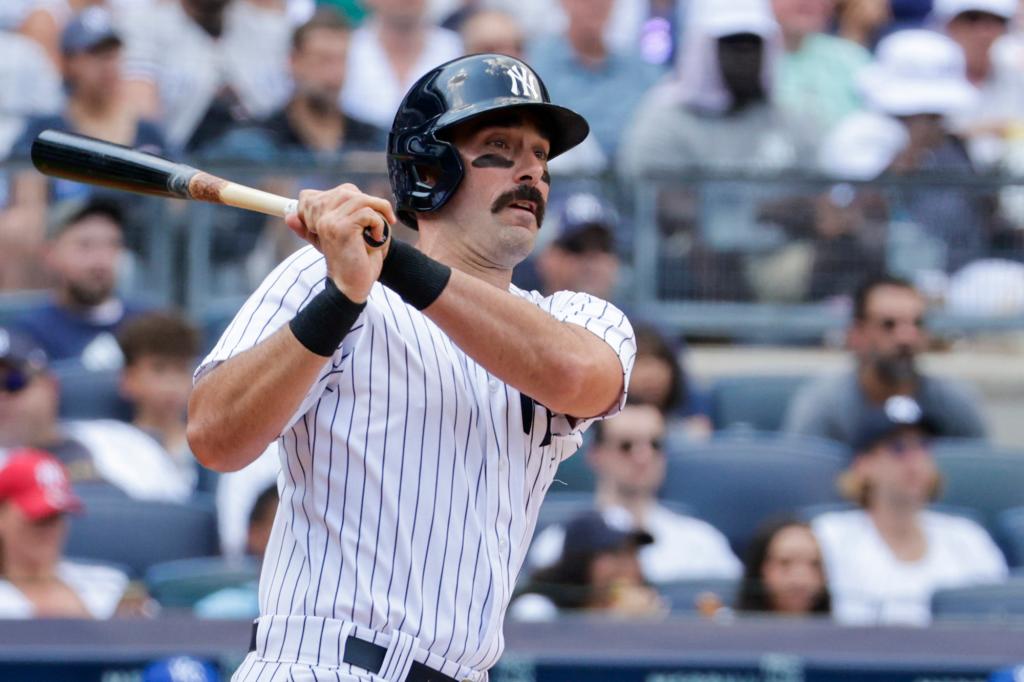 
Matt Carpenter won’t make it back for the Yankees’ final series of the regular season, but he will use those three days to try to prepare to be an option for the ALDS.

Instead of joining the Yankees in Texas, the veteran left-handed hitter will head to Somerset, N.J., on Monday to get live at-bats at the club’s Double-A stadium that it has set up as an alternate site to keep players ready entering the postseason.

The Yankees on Sunday transferred Carpenter, who has been out since Aug. 9 with a broken left foot, to the 60-day injured list, officially ruling him out for the Rangers series. But he remains a candidate to be on the Yankees’ ALDS roster if he can prove he is healthy enough before then.

“The biggest thing is we just want him to start getting at-bats,” manager Aaron Boone said Sunday. “Between now and the start of the Division Series when we get back, he should be able to rack up a number of live at-bats.”

Boone said Carpenter would not get any outfield reps, at least not initially, while in Somerset.

The Yankees will have eight or nine minor league pitchers in Somerset who will be able to throw to Carpenter and then the rest of the Yankees during the layoff between the regular-season finale and the start of the ALDS.

Wandy Peralta (left thoracic spine tightness) will be one of those pitchers as the Yankees decided to send the rehabbing lefty reliever to the alternate site instead of returning from the IL in Texas. Peralta threw a second bullpen on Sunday and will face hitters on Tuesday or Wednesday.

“He’s doing well,” Boone said. “It was more like, do we want to get him in one game there or just have him live. You gotta kind of create a roster spot, which gets a little dicey. So in the end, we decided on he’s good to go live. He’ll get another one or two in prior to the Division Series.”

The Yankees expect to activate reliever Miguel Castro (shoulder strain) off the 60-day IL on Monday.