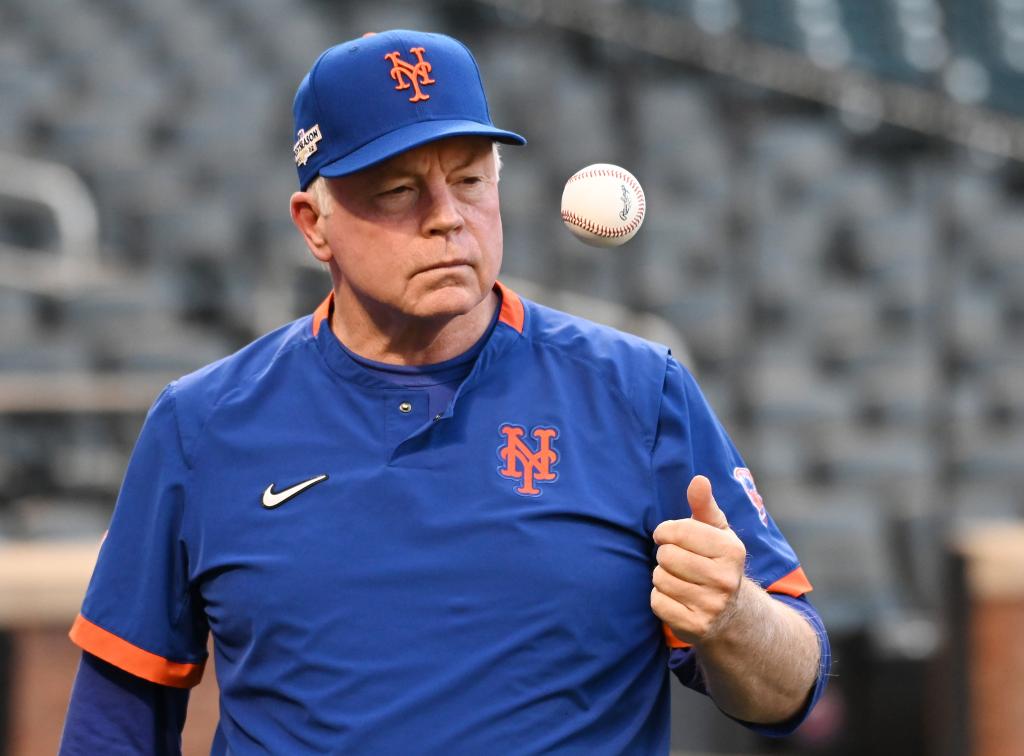 
Buck Showalter has earned another chance to have his Andy Reid moment and stop being baseball’s Marty Schottenheimer.

Showalter is a historic manager without the ultimate prize — a championship. He shares so much in common with Schottenheimer. He has gone to a lot of teams and made them better than they were before he arrived. In the regular season. But Showalter’s teams — like Schottenheimer’s — have not succeeded in the playoffs.

That was also said about Reid, until he got Patrick Mahomes and won the Super Bowl. Are Max Scherzer and Jacob deGrom going to be Showalter’s golden arms like Mahomes? Or will playoff failure that includes his Diamondbacks losing a 1999 NL Division Series to the Mets, who had a key setup man named Pat Mahomes Sr., going to continue for Showalter?

Recently on “The Show with Joel Sherman and Jon Heyman,” Showalter said it is a “fair question” to ask if he needs a championship to make his career complete. Then, familiarly, he deflected by saying, “As far as validation and all that type of stuff, it is about the players and the fans. I mean that. Every day they allow you to manage them. You are looking for the buy in.”

Showalter then complimented his current club for buying into a team-first mentality, submerging egos and prioritizing winning as a group above all. He said, “Everyone has this tale in every clubhouse, but if anybody is more deserving [to win a championship] than our guys, the players and quite frankly our fans, you have to show me because these guys deserve to be the last team standing. We’ll see.”

But Showalter also has much riding on guiding the last team standing. He begins these playoffs having just passed Mike Scioscia to become the 19th-winningest manager in history with 1,652 victories. But what Scioscia and 21 of the top 24 winningest managers have is a World Series championship.

Besides Showalter, the other two who do not are Gene Mauch and another manager in these playoffs — Houston’s Dusty Baker. Baker also falls into the Showalter/Schottenheimer subset. Wherever he goes, his team wins. But Baker also has been unable to win the championship. But Baker at least — as opposed to Showalter, Schottenheimer and Mauch — has played for the title, having won a pennant in each league and has the AL favorite again this year. That combined with his above-average playing career might be enough to get Baker into the Hall of Fame even without a title.

Showalter, who never made it to the majors as a player, almost certainly will need a championship (or two) to reach Cooperstown. Schottenheimer is the winningest coach in NFL history not to make the Hall of Fame. His 200 wins are seventh in league history. It is the most victories without a championship.

He coached four organizations and three went to the playoffs a total of 13 times. But his teams were just 5-13 in the postseason. Most famously, as coach of the Browns, he lost conference championships to the Broncos when John Elway engineered “The Drive” and Earnest Byner fumbled as he was about to enter the end zone with the winning touchdown.

Showalter has managed five teams and this is the fourth he has led to the playoffs. But his clubs are just 9-14 in the postseason. His Yankees famously lost the 1995 Division Series to the Mariners in five games after leading two-games-to-none, in part because Showalter did not have full appreciation of the talents of a rookie pitcher named Mariano Rivera. He lost the 2016 AL wild-card game with the Orioles by never using elite closer Zack Britton in a tie game.

I asked Billy Eppler if he thought there was a differentiation between a successful regular-season and postseason manager, and the Mets GM said he did not want to offer an answer without thinking deeply about it. But, to me, clearly the skills to macro-manage over the long season is different from the ability to micromanage the playoffs while not overwhelming your team with the do-or-die daily stress.

Longtime Giants GM Ernie Accorsi, who was the Browns’ GM when Schottenheimer was there, once told my colleague Mike Vaccaro, upon Schottenheimer being named Chargers coach, “Here’s what I know about Marty — very good football teams follow him around. So he’s either the luckiest SOB ever or he’s a hell of a good coach.”

This is the Showalter story, too. The Yankees were losers until he took over. The Diamondbacks were an expansion team that went to the playoffs in Year 2. After a meh tenure with the Rangers, Showalter took over an Orioles team that had been lost in the wilderness for more than a decade and went to the playoffs three times. Now, Showalter has brought professionalism and success to a Mets team that had been missing both for quite a while — and he might win a fourth Manager of the Year award with four different organizations because of that.

But can he get his team through the next steps? In the closest thing to the playoffs in the regular season, the Mets were swept last weekend by the Braves, pretty much assuring they would not win the NL East. It means taking a wild-card route, so needing 13 wins rather than 11.

For Showalter and the Mets, that journey begins Friday night against the Padres, who are managed by Bob Melvin, who has the 27th-most wins as a manager in history (1,435), but also is looking for his first pennant. Only one will advance to try to change their narrative — great in the regular season, dubious in the playoffs.

For Showalter, it is another Schott to prove that a style that works so well from April through September can succeed in October.