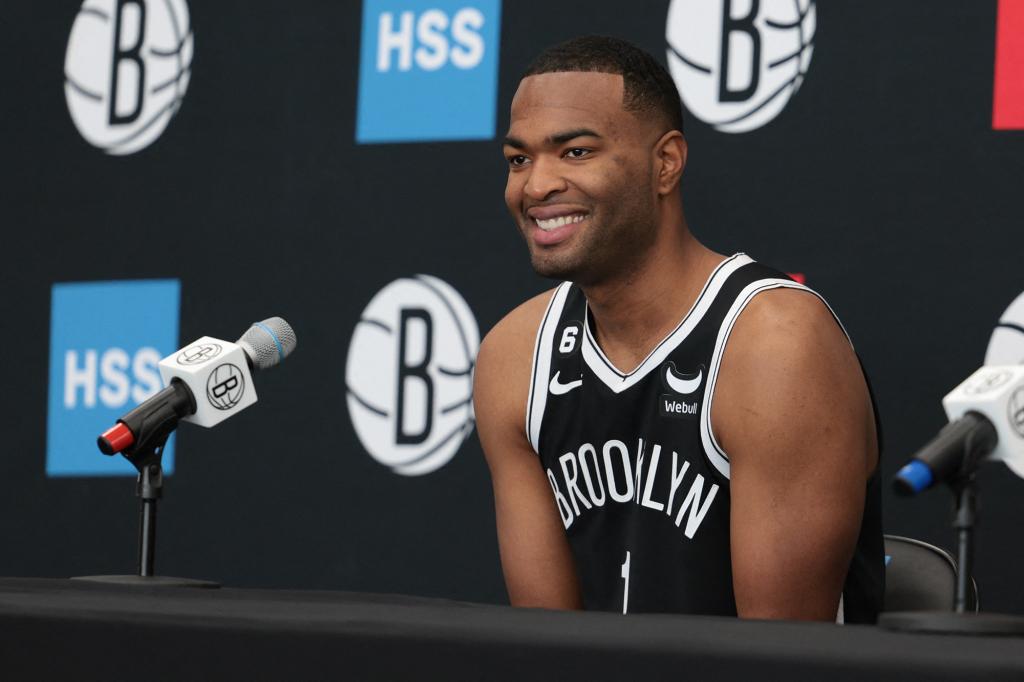 
With the Nets trying to rebound from an injury-riddled season, they have five players returning from surgeries. Two of them still haven’t been fully cleared, and one is not expected to play until November — at least.

While the Nets are hoping Seth Curry can be ready by Opening Night, newcomer T.J. Warren — who has essentially missed the past two seasons — still has a long road ahead and has virtually no shot of suiting up Oct. 19 against the Pelicans.

“Not T.J.,” coach Steve Nash admitted Wednesday. “Seth has a chance. It would be great if Seth could play in one of these preseason [games], maybe the last preseason game. Hopefully be available or close to available opening night.

“T.J. we’re going to assess again in November. He’s doing great, he’s building up. We knew this going in. We also don’t want to take big risks with T.J. He’s been out for two years, so it’s a process that we want to be very confident in and make a firm decision as an organization not to rush him.”

Warren averaged almost 19.3 points in three seasons for the Suns and the Pacers from 2017-20, but logged just four appearances in 2020-21 and missed all of last season due to consecutive stress fractures in his left foot.

The Nets signed the 6-foot-8, 220-pound forward to a minimum deal this offseason, knowing they would have to treat him with kid gloves. Warren said Monday the foot injury has completely healed, but he still has more rehab work to do in order to be fully cleared by team doctors.

Curry is further along. Already nursing a sore left ankle when the Nets acquired him at the February trade deadline, he finished out the 2021-22 campaign in pain before finally having arthroscopic surgery on May 9. He spent the summer rehabbing and still isn’t 100 percent, but at least he’s close.

“I’m not fully cleared yet. I’m almost there,” Curry said. “I’ll do what I can in training camp. I’ll probably say I’m 85, 90 percent of the way to where I want to be in order to get on the floor and playing well and where I need to play. It’s going the right way. “I’m doing workouts. I’m doing everything basically outside of playing 5-on-5. I’m pretty close.”

Joe Harris, Ben Simmons and Edmond Sumner are all also coming off various surgical procedures, but have been cleared for practice.

Harris was limited to just 14 games last season before he injured his left ankle. He had arthroscopic surgery on Nov. 29, but had a setback during rehab. He tried to avoid another procedure, but ended up needing ligament reconstruction surgery on March 21 and missed the rest of the season.

Now, Harris has been fully cleared and has been playing pickup for weeks. He cruised through a second day of practice unscathed.