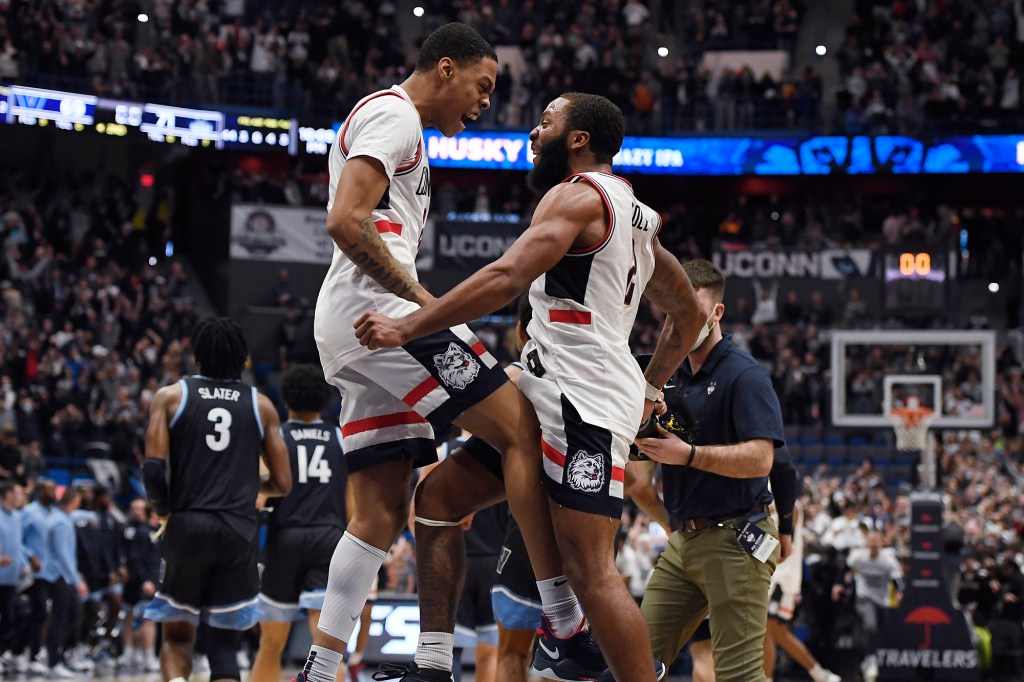 
HARTFORD, Conn. — R.J. Cole hit a driving floater with 5.9 seconds left after which took a cost on the different finish of the courtroom to rally No. 21 UConn to a 71-69 win over No. 8 Villanova on Tuesday evening.

Adama Sanogo scored 20 factors and Tyler Polley drained a clutch 3-pointer for the Huskies (20-7, 11-5 Huge East), who beat the Wildcats for the primary time since 2014 to safe their first 20-win season in six years.

Isaiah Whaley added 13 factors and Cole had 12 for the Huskies, who performed a lot of the sport with out coach Dan Hurley, who was ejected within the first half.

Villanova had a four-point lead and the ball with 35 seconds remaining. However then Caleb Daniels missed the entrance finish of a 1-and-1 for the Wildcats, the most effective free-throw capturing group within the nation, and Villanova was outscored 6-0 the remainder of the best way.

UConn led by one at halftime and 7 early within the second half.

However the Huskies couldn’t shake the Wildcats.

A 3-pointer from Gillespie gave Villanova its first lead of the ultimate 20 minutes at 56-54 and the groups went backwards and forwards over the ultimate eight minutes.

The Wildcats led by 4 earlier than Polley’s third 3-pointer of the half with 21 seconds left introduced the Huskies inside 69-68. Cole then tied up Gillespie within the backcourt to pressure a turnover, organising the profitable play.

Hurley was tossed from the sport after receiving back-to-back technical fouls with just below 5 minutes to go within the first half.

He picked up his first for slamming his fist on the scorers’ desk protesting the dearth of a name on what he thought was a Villanova foul. He was tossed from the sport seconds later by referee James Breeding after turning to the group and waving his arms within the air, imploring followers to get loud.