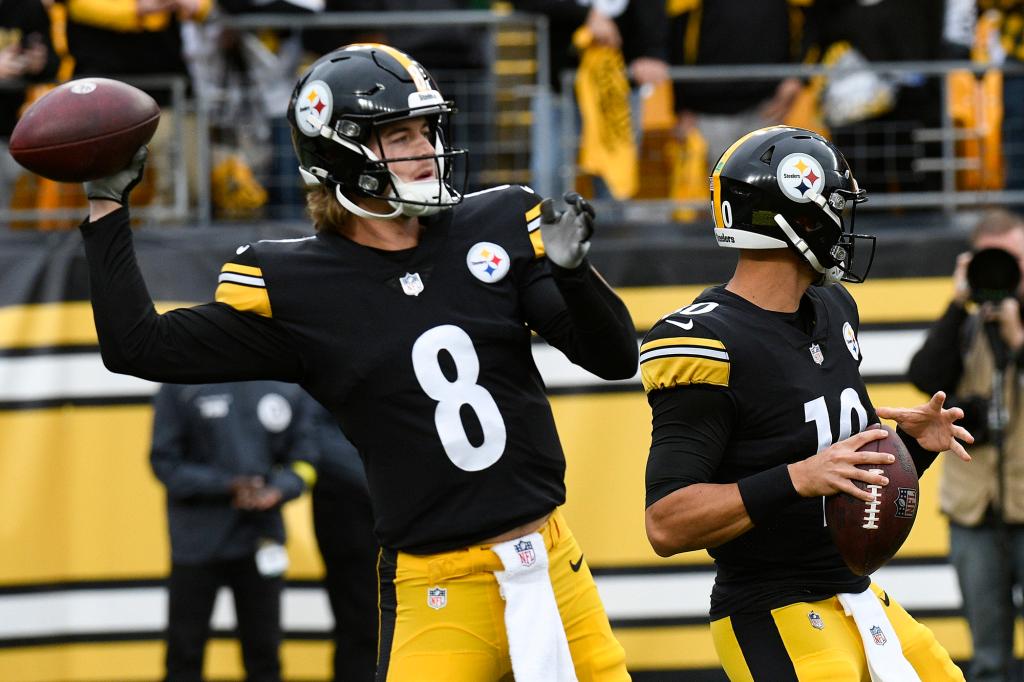 
On the Steelers’ first offensive drive of the second half of Sunday’s game against the Jets, Pittsburgh coach Mike Tomlin sent in rookie quarterback Kenny Pickett to replace Mitch Trubisky.

Pickett threw an interception on his first NFL pass attempt, a 50-50 ball toward Chase Claypool that was picked off by the Jets’ Jordan Whitehead. But Pickett later scored on a quarterback sneak to give the Steelers a 13-10 lead with 7:18 left in the third.

Pickett was drafted with the 20th pick in the first round of the 2022 NFL Draft. Pickett spent four years as a starter for the University of Pittsburgh Panthers football team; playing in the newly renamed Acrisure Stadium is not new to him.

“This is Trubisky’s team,” Glazer said.

After the Steelers’ 29-17 loss to the Browns on “Thursday Night Football” last week, reporters asked Tomlin if he and the Steelers would look to make changes at the quarterback position.

“I’m not in that mindset,” Tomlin said. “I’m interested in reviewing this tape and looking at the totality of it and figuring out how we collectively get better. So the answer to that question is definitely no.”

Things must have changed between then and now.

The move to replace Trubisky comes after an abysmal first half for the veteran quarterback in which he had 84 yards and an interception. This season, Trubisky has 653 yards, two touchdowns, and two interceptions.

Pickett converted a quarterback sneak on fourth-and-1 on his first drive as Steelers quarterback, which preceded his eventual touchdown.