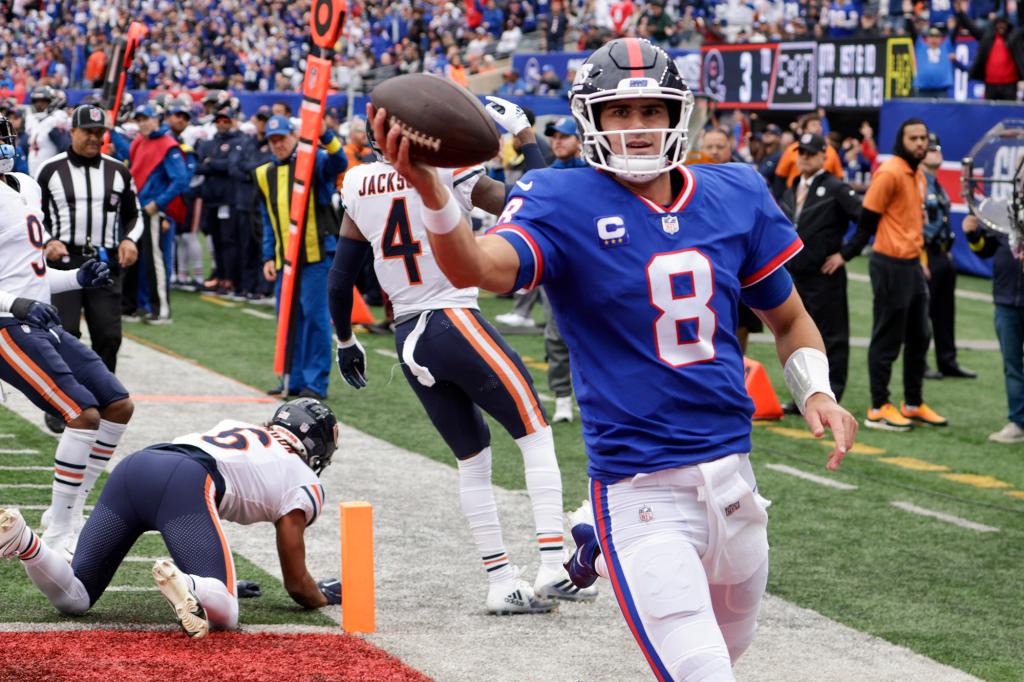 
Giants quarterback Daniel Jones was back on the shelf, but was then forced back into action after his backup was sent off.

Jones injured his ankle and was hobbled getting to his feet late in the third quarter Sunday against the Bears after taking a sack. He limped through the final two plays of the drive and then painfully moved toward the sideline as the Giants settled for a field goal to take a 17-12 lead.

Tyrod Taylor replaced Jones but was sent to the locker room for concussion protocol after taking a hit, and Jones limped back into the game.

Jones has missed at least two starts in each of his first three NFL seasons, including a sprained ankle late in the 2020 season. He was having the best game of his season, rushing six times for 68 yards with touchdowns from 21 and eight yards out.

Jones became just the second quarterback in franchise history with multiple games of at least two touchdown runs. The first-half game plan – attack the edge of the Bears defense with bootlegs – worked time and time again.