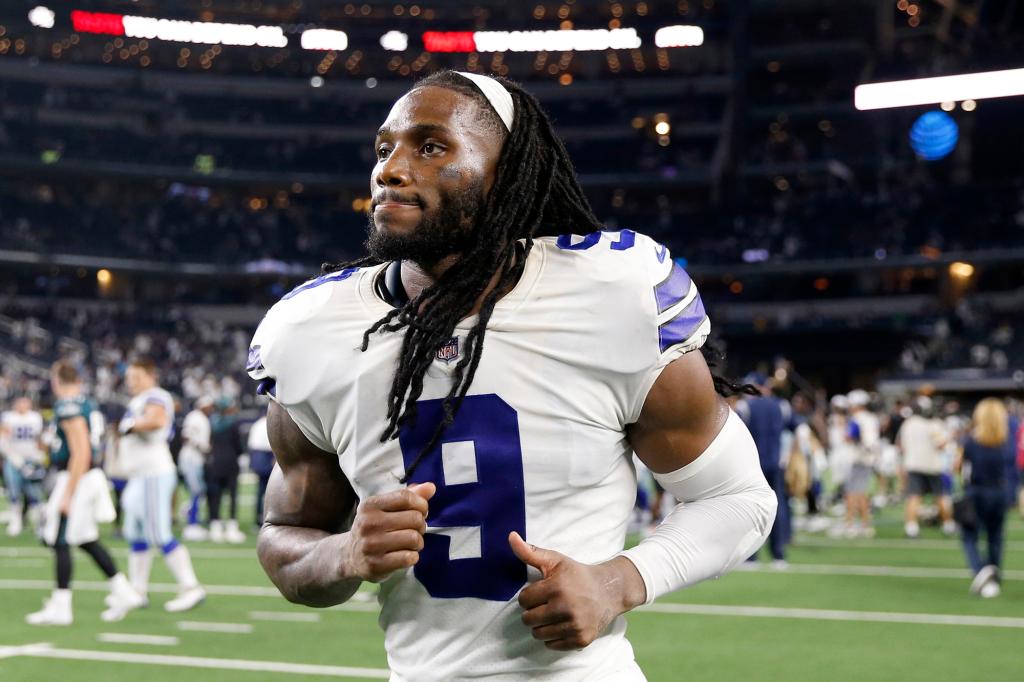 
The weeks fly by as the season advances, and it is easy to forget the Giants have an all-new coaching regime, and the players have been tasked with learning all-new offensive and defensive schemes. That is especially true when it comes to how the inside linebacker spot is shaping up.

Veteran Blake Martinez was a surprise cut late in the summer. Austin Calitro was a surprise roster survivor, and he started the season opener. Since then, Calitro and rookie Micah McFadden have taken turns working alongside every-snap linebacker Tae Crowder. This week, it looks as if 27-year-old Jaylon Smith will be activated off the practice squad, and the former Cowboys tackling machine (and a Giant for four games last season) will get a shot Sunday against the Bears. The inside linebackers did not play well in the 23-16 loss to the Cowboys.

“We’re still in the process of finding the right fits for who’s going to play inside,’’ defensive coordinator Wink Martindale said. “I want guys who can run and hit and tackle. As a unit, as all 11, we need to tackle better. We had too many missed tackles. Like I said, going against this offense, it’s going to be a great test for us to see how much we’ve improved from Monday to Sunday.’’

The game within the game will feature RB Saquon Barkley trying to elude Bears LB Roquan Smith, who has topped 100 tackles in his first four NFL seasons, with a high of 161 tackles in 2021.

“I remember the game [in 2020] when I tore my knee against them, I went out wide and he came out,’’ Barkley said. “He was the first linebacker that ever tried to press me. Usually, a lot of times, especially a linebacker, is going to want to back off and be threatened by my speed. It shows you how much confidence they have in him and how much he has in himself. Any time you go against a player like that, you want to rise to the level of your competition.’’

The Giants got a break. RB David Montgomery will be out for the Bears with ankle and knee injuries suffered in the first quarter of Chicago’s victory last week over the Texans. Montgomery has 159 yards on a team-high 35 rushing attempts and a team-high five receptions for 38 yards.

Khalil Herbert, a second-year player from Virginia Tech, will take Montgomery’s place. Herbert carried the load for the Bears in Week 3, rushing for 157 yards and two touchdowns, while averaging 7.9 yards per attempt in a victory over the Texans.

Giants punter Jamie Gillen just getting enough of Cowboys return ace KaVontae Turbin to cause a slip and prevent a 28-yard return from turning into a 63-yard touchdown was a plus for Gillen but a minus for the entire unit.

“He’s making too many tackles,’’ special teams coordinator Thomas McGaughey said. “Jamie needs to focus on punting, and the coverage teams need to work on tackling and focus on tackling. Obviously, we don’t want the specialists making a whole bunch of damn tackles. So, that’s something obviously we’re frustrated with.’’

Daniel Jones has 8,958 career passing yards, moving him ahead of another former Duke quarterback for the Giants, Dave Brown, and into seventh on the franchise passing list. Brown had 8,806 passing yards. Y.A. Tittle is sixth with 10,439 yards. … DT Leonard Williams’ streak of 114 consecutive games played — his entire career with the Jets and Giants — ended when he sat out last week with a sprained knee. He will also miss this game versus the Bears. The next-longest games played streak for the Giants is LB Tae Crowder’s at 22.

The Bears will be without kicker Cairo Santos, who did not travel with the team for personal reasons. Michael Badgley was signed to the practice squad and will be elevated for the game.

This is the first of two Legacy Games for the Giants. They will wear the uniforms the franchise donned from 1980-99, featuring the red and blue trim from that era on the jerseys and pants, and a navy blue helmet with “GIANTS’ on the side. The end zones will also be decorated in throwback style.