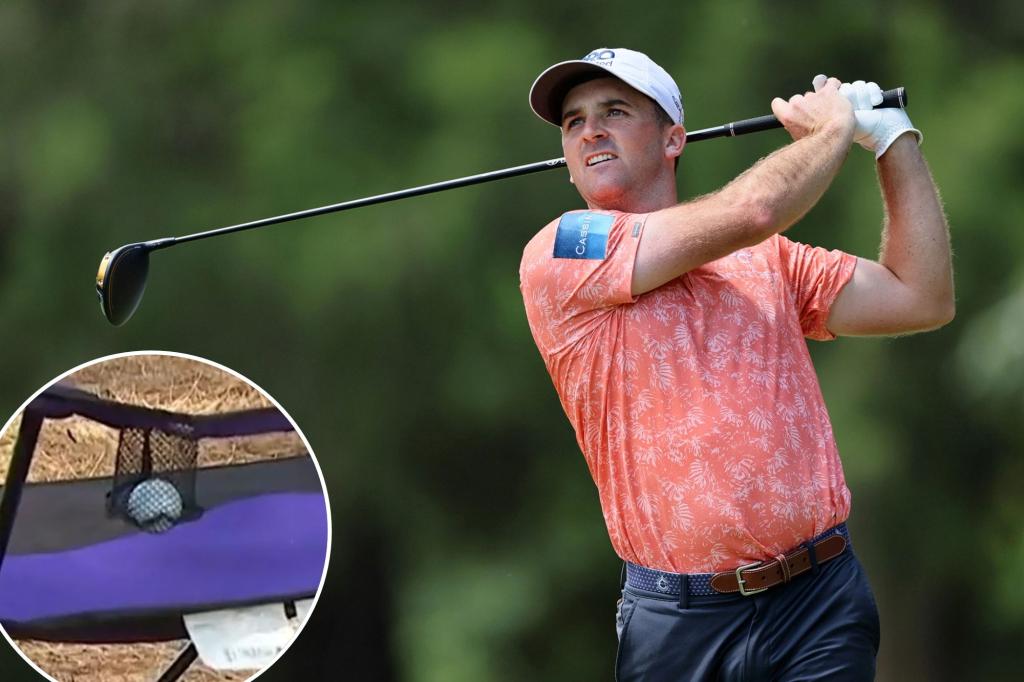 
This isn’t what PGA Tour golfer Denny McCarthy had in thoughts when attempting to hit the ball into the cup.

But McCarthy managed to bounce again for a birdie after his tee shot on the second gap of the FedEx St. Jude Championship on Sunday hit a spectator and wound up in the cupholder of the fan’s fold-up chair.

McCarthy, 29, was allowed to take a straight drop with out being docked strokes, according to the Memphis Commercial Appeal, and his second shot landed on the inexperienced almost 33 ft from the opening. McCarthy sank the following birdie putt.

By means of 16 holes on Sunday, McCarthy was even for the spherical and sat at 8-under for the match, 5 strokes again of the lead.

Classes canceled at Richfield secondary schools because of online threats