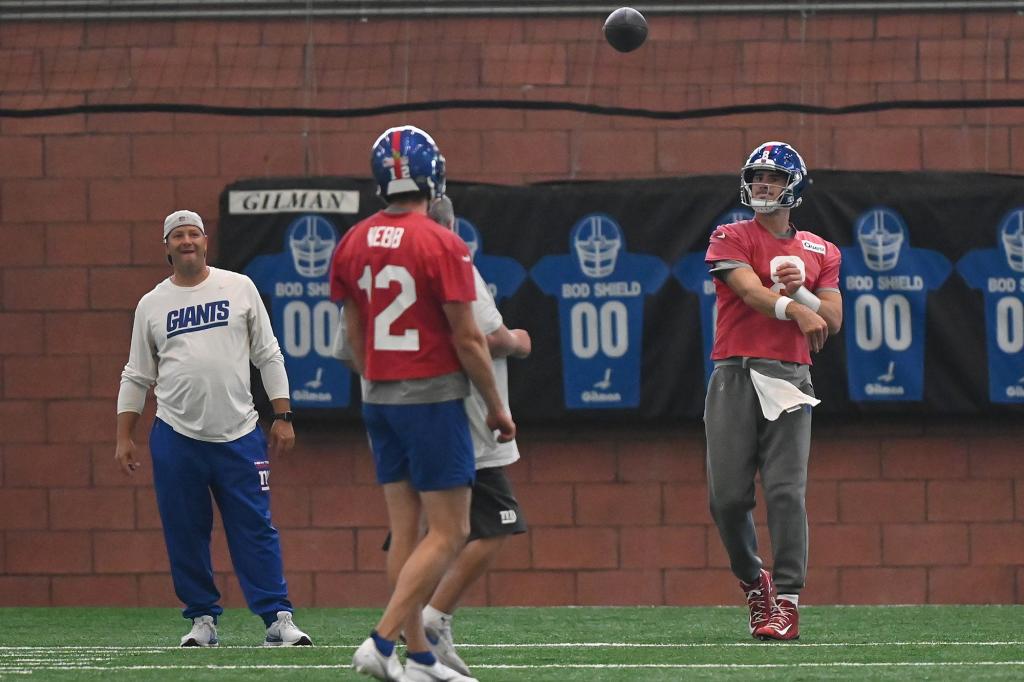 
The Giants appear to have good news regarding their starting quarterback.

Three days after suffering an ankle sprain during the team’s victory over the Bears, QB Daniel Jones practiced on Wednesday. Head coach Brian Daboll said Jones would “practice some,” but The Athletic reported that he participated in the entire practice open to media and “moved well.”

The Giants had several quarterbacks in the building Tuesday as part of a workout, including A.J. McCarron and former Giants starter Jake Fromm. However, they ended up not signing any of them, which some took as a positive sign that Jones was on the mend.

Now, with Jones able to log a practice, his arrow seems to be pointing up for Sunday’s game against the Packers in London.

Jones was forced to leave last weekend’s game against the Bears with an ankle sprain in the third quarter. Then, backup quarterback Tyrod Taylor suffered a concussion, leaving the Giants no choice but to run Saquon Barkley out of the wildcat for a good chunk of the second half.

Jones ended up returning to the game, but his status for Week 5 remained up in the air.

With the Giants headed to London later this week, the fact that Jones was able to get some practice time in on this side of the pond is surely encouraging news.

The Post’s Mark Cannizzaro noted on Twitter that based on how the quarterback looked Wednesday, he would be “shocked” if Jones does not suit up against the Packers.