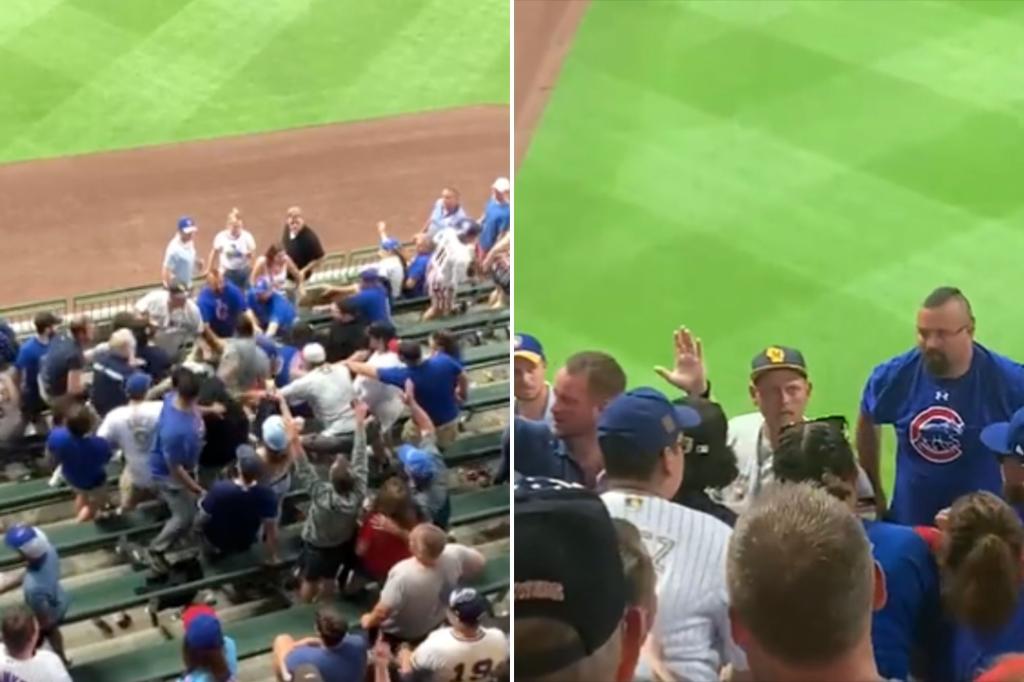 The Milwaukee Brewers confronted off in opposition to the Chicago Cubs on July 4, however the true fireworks befell amongst brawling fans in the bleachers.

Through the Brewers’ eventual 5-2 win, a number of fans apparently weren’t feeling the nationwide unity of Independence Day as they got here to blows. In accordance to one onlooking fan, the altercation stemmed from three trash-talking Cubs fans donning a black shirt, crimson sweatshirt and blue shirt.

“Black shirt was the worst, but I think blue shirt threw the first punch,” the fan wrote on Twitter. “4+ innings of fans complaining to security about them and nothing happening.”

A number of fans in neighboring seats tried to break up the scrum, however to no avail. The primary perpetrators have been finally separated after exchanging a flurry of punches for greater than 30 seconds – thanks in massive half to an aged safety officer who joined the thick of the combating and wrangled one of many assailants.