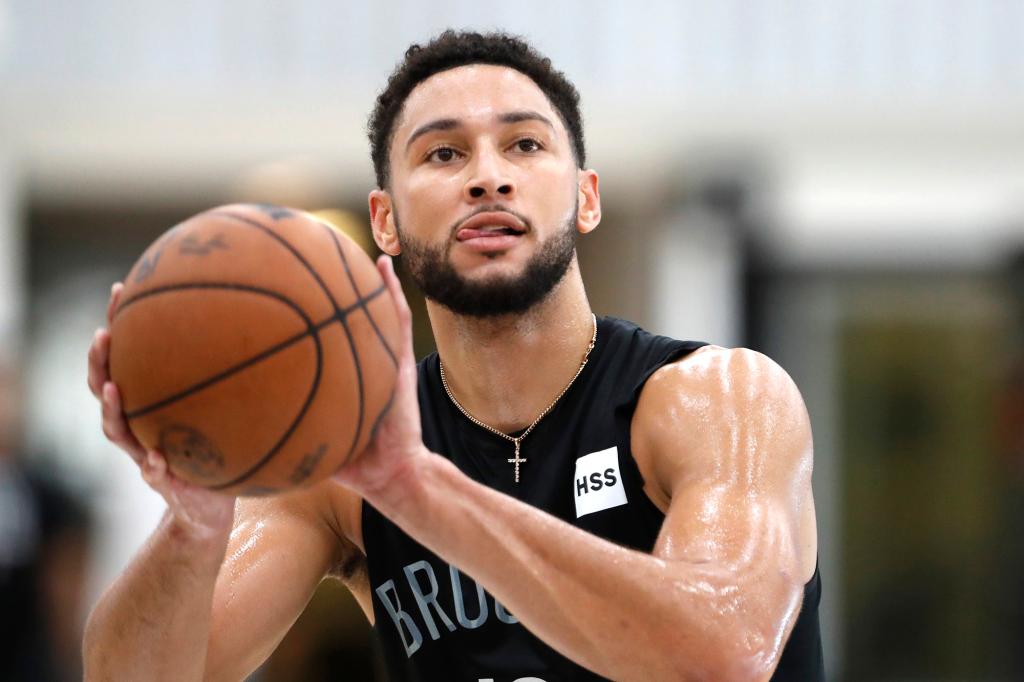 
Ben Simmons hasn’t played in an NBA game since June 2021. He hasn’t suited up in a Nets uniform since, well, ever. That’s finally expected to change Monday.

Brooklyn plays its preseason opener at Barclays Center, and Simmons is cleared to go. The fact that it’s against his former 76ers team is just icing on the cake.

“Barring any setbacks between now and game time, we should have all the guys that have been participating available,” said Steve Nash, adding of Simmons’ long-delayed Nets debut, “It’s a lot of fun for me. I’m such a believer in his game. He’s such a dynamic, unique player, does so many things while on the basketball court.

“And he’s a great complement to our team. He makes his teammates better at both ends. So just giving him the support and platform to return from the injury and then long layoff, and then allowing him to continually grow with our group. So, it’s very exciting.”

That layoff finally stops at 440 days. Simmons hasn’t played since June 20, 2021, when his 76ers were eliminated by Atlanta. He missed all of last season, first citing mental-health issues and demanding a trade from the 76ers.

The Nets acquired him at the February trade deadline, at the cost of James Harden, but Simmons missed the rest of the season with a herniated disc in his back, eventually requiring a microdiscectomy in May.

It’s taken an entire offseason of work to get Simmons to this point. But after having played pickup with his teammates for the past few weeks and gone through a week of training camp, Simmons is finally ready to make his Nets debut, albeit in the preseason.

The game won’t count in the standings, but with such a long road back, don’t think it won’t feel good for Simmons.

“Pretty sure I’m good to go,” Simmons said this past week. “[It feels] amazing. I’m getting used to the up and down play, but I feel great. It’s good to be here with you guys.”

It’s unclear how many minutes will play in Monday’s debut, but Simmons’ conditioning has been impressive considering how much time he’s missed.

“Naturally I’ve always been one of the guys who can get their fitness up pretty quickly, so that really wasn’t a worry for me,” Simmons said. “It’s the endurance of just playing five-on-five, getting hit up and down. But overall, I feel great.”

Nash likened this Nets squad to “a first-year team,” likely not what Brooklyn fans will want to hear. But it’s going to be an entirely different-looking bunch than the Big Three group with Harden that played little defense and simply looked to outscore every opponent.

Simmons can’t or doesn’t shoot, but he’ll push the tempo, and few if any are as good at creating 3-point looks for others. With Kevin Durant, Kyrie Irving, Joe Harris and Seth Curry (who came with him in last season’s trade), there are plenty of shooters for Simmons to find.

“It’s going to be great,” said Curry, recovering from surgery himself. “We’ve got guys who can create 3-point shots for themselves, but when you got guys in KD and Ben that can create standstill shots for guys, the percentages are just going to go up. It’s just easier to do. Ben is an element to this team that we didn’t have. I don’t think anybody on this team can do what he does on a nightly basis.

“All the different skill guys we have on the floor on their own, getting guys open shots, is going to help the offense go to another level and bring another element. That and also he’s going to help push the pace and get not only easy 3s but layups in transition. It’s fun to watch him practice, and it’s going to be even better once I get out there.”