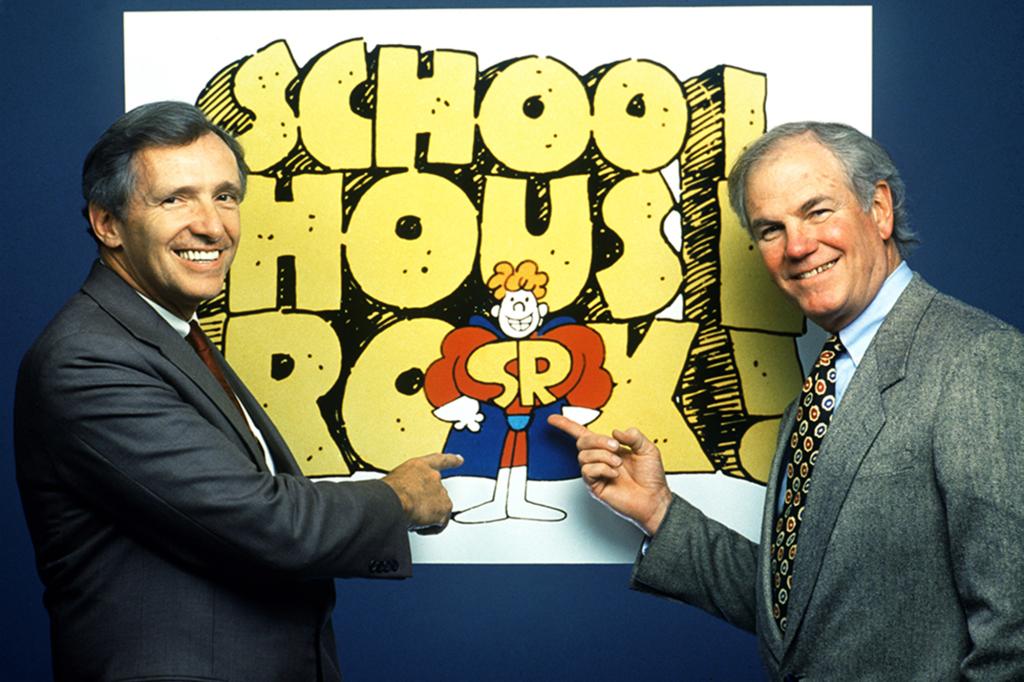 George Newall, the co-creator of the academic musical cartoon sequence “Schoolhouse Rock,” has died. He was 88.

The kids’s sequence — which ran from 1973-84 earlier than being revived within the Nineties — set math, civics, science and grammar classes to music.

The thought stemmed from a dialog Newall, then a artistic director on the McCaffrey & McCall promoting company, had with company president David McCall during which McCall expressed frustration that his younger sons couldn’t multiply, “but they can sing along with Jimi Hendrix and the Rolling Stones.”

“I asked Ben, and he said, ‘Oh yeah, my partner, Bob Dorough — he can put anything to music!’” Newall informed The New York Times Magazine in 2018.

“He told me Bob had written a song based on the words on the mattress tag that say, ‘Do not remove under penalty of law,’” Newall recalled. “So I brought Bob in, and David gave him the assignment. He came back about two weeks later with ‘Three Is a Magic Number,’

and we were all knocked out by it.”

That tune taught youngsters about tripods, triangles and counting by threes. Multiplication impressed various memorable ditties. Other fan favorites embrace “Interjection!,” “Unpack Your Adjectives” and “The Preamble” to the US Constitution.

Tom Yohe — the company’s artwork director and a cartoonist — illustrated the group’s concepts, and the present was bought to ABC. Yohe died in 2000, and Dorough handed in 2018.

The Walt Disney Company will reportedly air a nationwide primetime singalong in early 2023 to commemorate the fiftieth anniversary of the sequence. “The Official Schoolhouse Rock Guide,” by Newall and Yohe, and an grownup coloring ebook that includes sequence characters is due out as nicely.

A celebration of Newall’s life is ready for Saturday on the St. Andrews Golf Club in Hastings-On-Hudson.