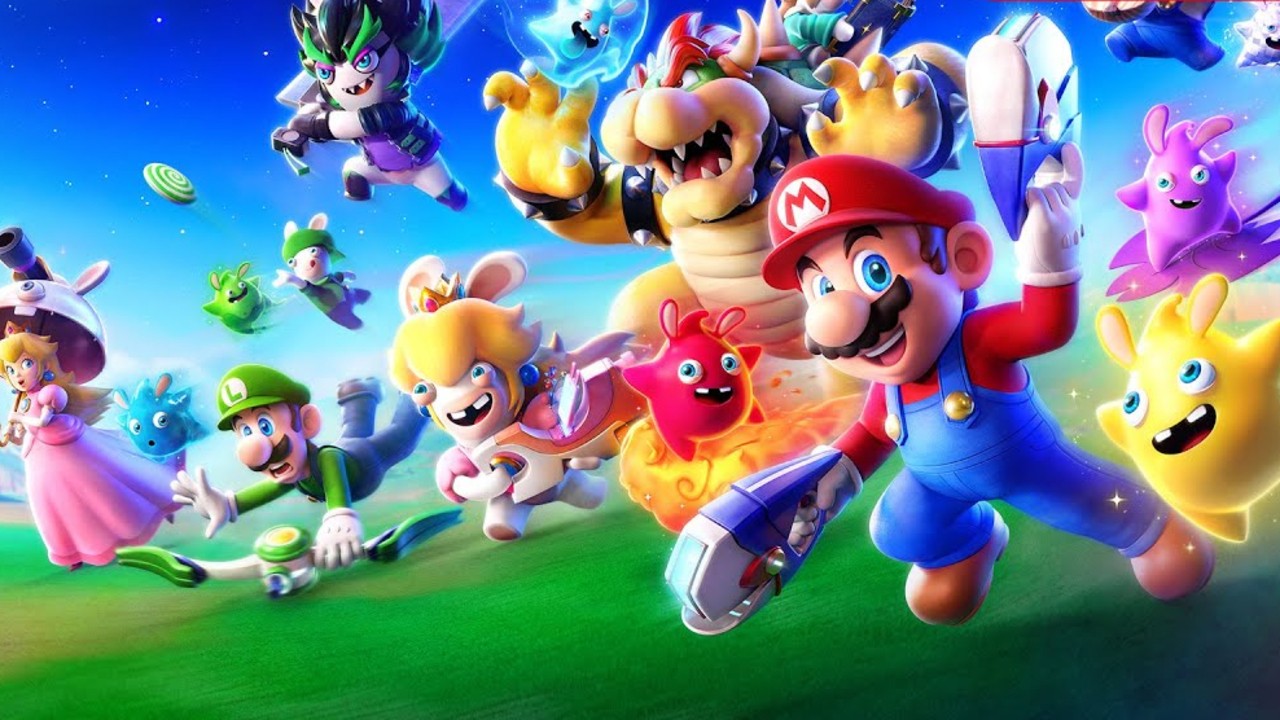 Based on the amount of Mario + Rabbids Sparks of Hope content that we have seen over the past few months, we were concerned that a certain level of fatigue would be bound to set in before the game’s October 20th release date. Now, the big day is finally here and the reviews are out for the world to see. So, was the incessant publicity worth it? Welcome to our latest round up!

We couldn’t just leap into what other critics are saying without first giving our thoughts though, right? Despite some issues with the game’s ease, we were overall really rather impressed with Sparks of Hope, giving it an 8/10 in our review in which we described the game as ‘a must-play for Mario and strategy game enthusiasts alike’.

But don’t just take our word for it, here’s what other outlets had to say on Mario’s latest gun-wielding outing:

We will begin with the positive words from Eurogamer. While the site does not afford a specific numerical value to what the game is worth on the likability scale, the review praises the title’s ingenuity and development from the original game:

The roster of characters is colourful and quirky, encouraging experimentation, and alongside equipping items and sparks, each character has a handful of skill trees to plug points into as they level. (Characters also auto-level off the battlefield.) Throw in bosses, inventive victory conditions, deep cuts from Mario universe and clever battlefield design and you’ve got something pretty special.

IGN does provide a numerical value in its review, and that value is praiseworthy indeed – 9/10 to be precise – with the game’s loading screens being its only major drawback:

Between fights you get to catch your breath in the large and brilliantly colorful open worlds, solving its light puzzles and being puzzled yourself by its oddball story. It’s extremely gratifying to play an ambitious sequel that fixes all of the main issues I had with the original, and then some.

GamesRadar+ continued this gushing positivity in a 4.5/5 star review, praising the game’s strategic depth and links to the mainline Mario games:

Mario + Rabbids Sparks of Hope captures everything that made the original so special, all while delivering a more complex and complete experience. It offers a new level of strategic depth, with world-building that makes it more of a Super Mario game than you might expect.

Dexerto echoed our own views in its 8.5/10 review, in which it praised the game’s entertainment value but would have liked more of a challenge:

Mario + Rabbids: Sparks of Hope builds upon its predecessor in surprising and delightful ways to create a tactical RPG that stands among the best in the genre. While it may lack the challenge of some of its contemporaries, it’s a fun adventure that, despite still feeling like a fever dream cooked up by a child’s imagination, is one of the finest titles of 2022.

NME was similarly positive in its 4/5 review, describing the game as ‘one of the Switch’s best offerings’:

Ubisoft has a sublime grasp on Nintendo’s platforming charm, and blended with Rabbids’ more absurdist humour, Sparks Of Hope can turn even the most die-hard speed-runner into a completionist tourist, scouring each level in search of the next gag or side-quest.

Finally, The Guardian was slightly less glowing in its 3/5 review, in which it appreciated the game’s tactics, but felt that the Nintendo-ness was its ultimate downfall:

Running into those iconic gold coins, you’re instantly rewarded with the telltale Mario sound effects – but the joy’s missing. Movement is sluggish. Mario can’t jump. The thrill of leaping into a coin is instead replaced by a hollow-feeling, Nintendo branded collect-a-thon.

Will you be picking up Mario + Rabbids Sparks of Hope soon? Let is know in the comments below?