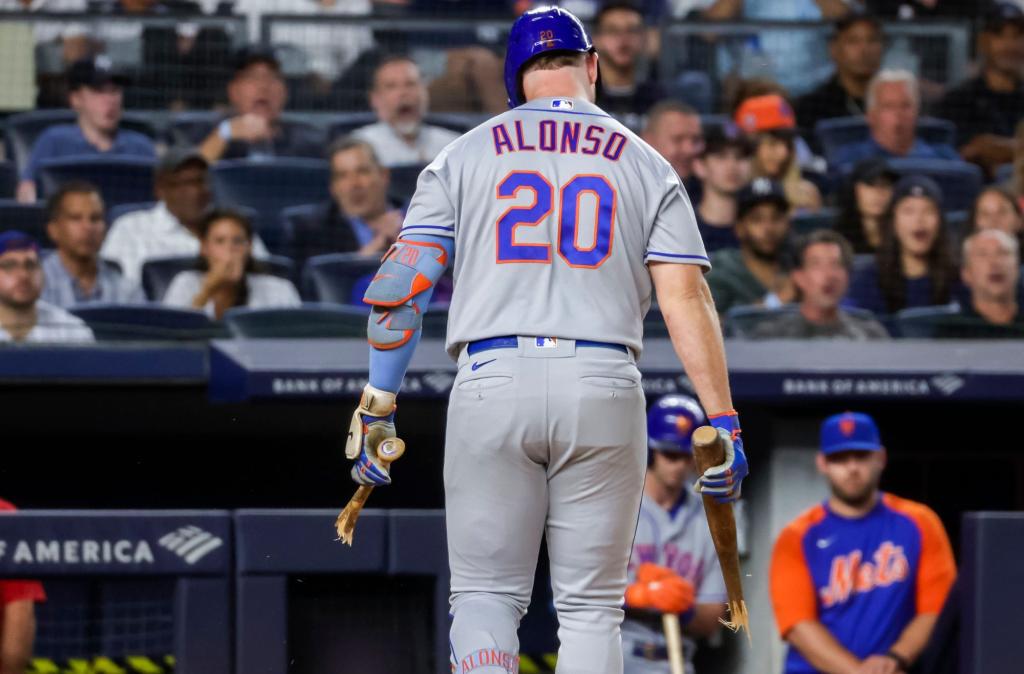 The Subway Series strain could also be attending to Pete Alonso.

The Mets’ slugger, who has been slumping just lately, snapped his bat in half over his leg after hanging out in opposition to Yankees starter Frankie Montas within the fourth inning Tuesday night time.

Alonso, who was 1-for-3 within the recreation as of the sixth inning, is 1-for-7 so far on this two-game Subway Series on the Stadium.

Within the backside of the inning, Alonso needed to watch Yankees slugger Aaron Choose belt his 48th homer of the season, a solo shot that gave the Yankees a 1-0 lead.

The Yankees held a 2-1 lead within the prime of the sixth. Alonso singled up the center in his third at-bat within the sixth inning.