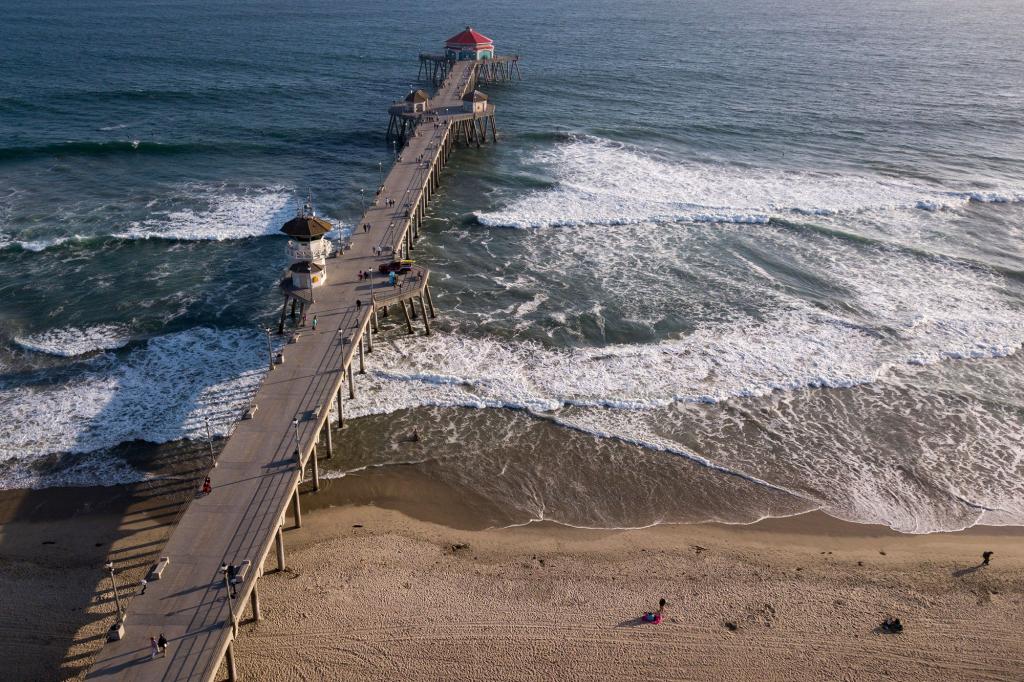 A 44-year-old California man died jumping after a woman off the 40-foot Huntington Beach Pier this weekend, authorities said.

The victim was identified by the Orange County Sheriff’s Department as Fenton Dee III, of Norwalk.

According to the authorities, police were called to the pier at around 6:30 p.m. Sunday in response to reports of a man and a woman who had jumped into the water.

The 36-year-old woman who was with Dee survived the leap and was able to swim ashore unharmed, reported Fox 11.

Dee was rescued from the ocean by surfers and was then taken to Hoag Memorial Hospital Presbyterian, where he later succumbed to his injuries.

A medical examiner will perform an autopsy and conduct toxicology tests to determine Dee’s cause of death, according to the Los Angeles Times.

Jennifer Carey, a spokesperson for the City of Huntington Beach, said it appears Fenton and his female companion jumped off the pier for fun.

Carey said no foul play was suspected, but witnesses will be interviewed as part of the death investigation.

Marine Safety officials said pier jumping is prohibited in Huntington Beach because of the constantly changing ocean and surf conditions.

Meanwhile, a woman claiming to be Dee’s cousin has launched a fundraiser to help his parents, who live in Pennsylvania, lay him to rest.

“We love you Chip and you will be forever missed,” Roxanne Sanchez wrote in a Facebook message, referring to Dee by his family moniker.