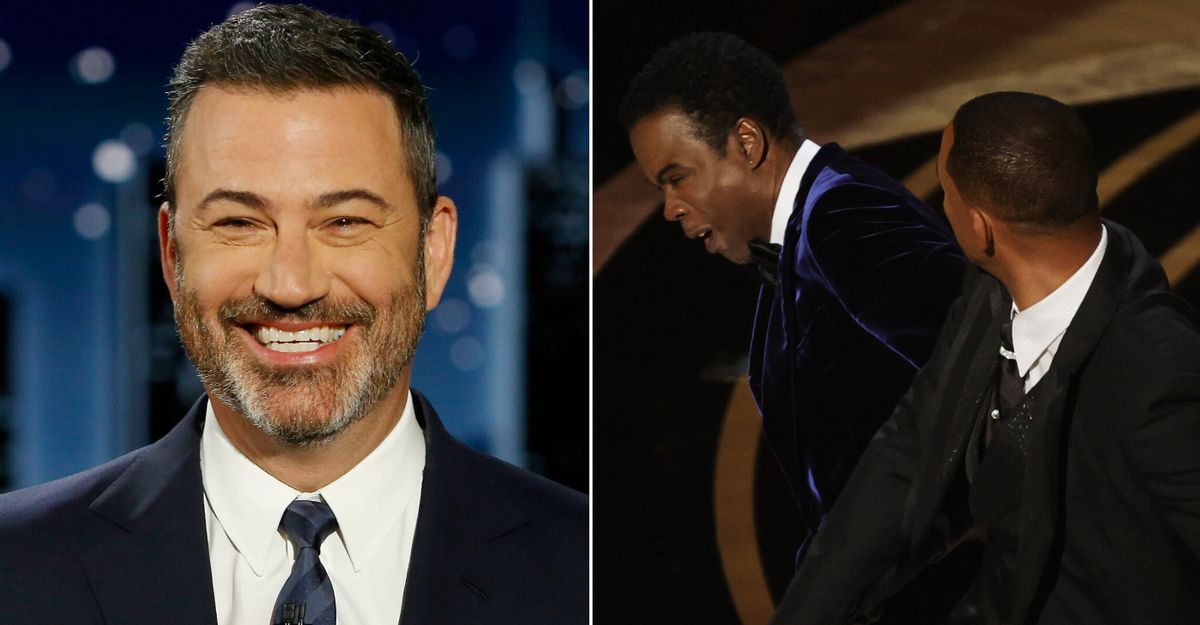 Jimmy Kimmel said he has no doubt about how he’d have handled Will Smith slapping Chris Rock had he been hosting this year’s Oscars.

Kimmel has previously joked about running away had he been on stage at the time of Smith’s attack — but on Tuesday’s broadcast of Howard Stern’s Sirius XM radio show, the late night comedian struck a more serious tone.

Kimmel would have “started talking to Will Smith” and firstly asked him, “What are you doing?” he claimed.

Kimmel recalled how, when hosting the ceremony in 2017, he took it upon himself to go out on stage to address the erroneous announcement of “La La Land” as Best Picture over “Moonlight.”

“Nobody knew what was supposed to happen, no one told me to go out on stage, I said, ’I guess I better go up because I’m the only one with a mic on…,” he told Stern.

Elsewhere in Kimmel’s interview with Stern, he revealed how the unexpected shape of the stage caused his pretend-drunk stunt at this year’s Emmy Awards to draw backlash:

He also recalled the time that “Mission Impossible” actor Tom Cruise came to his home to watch football: