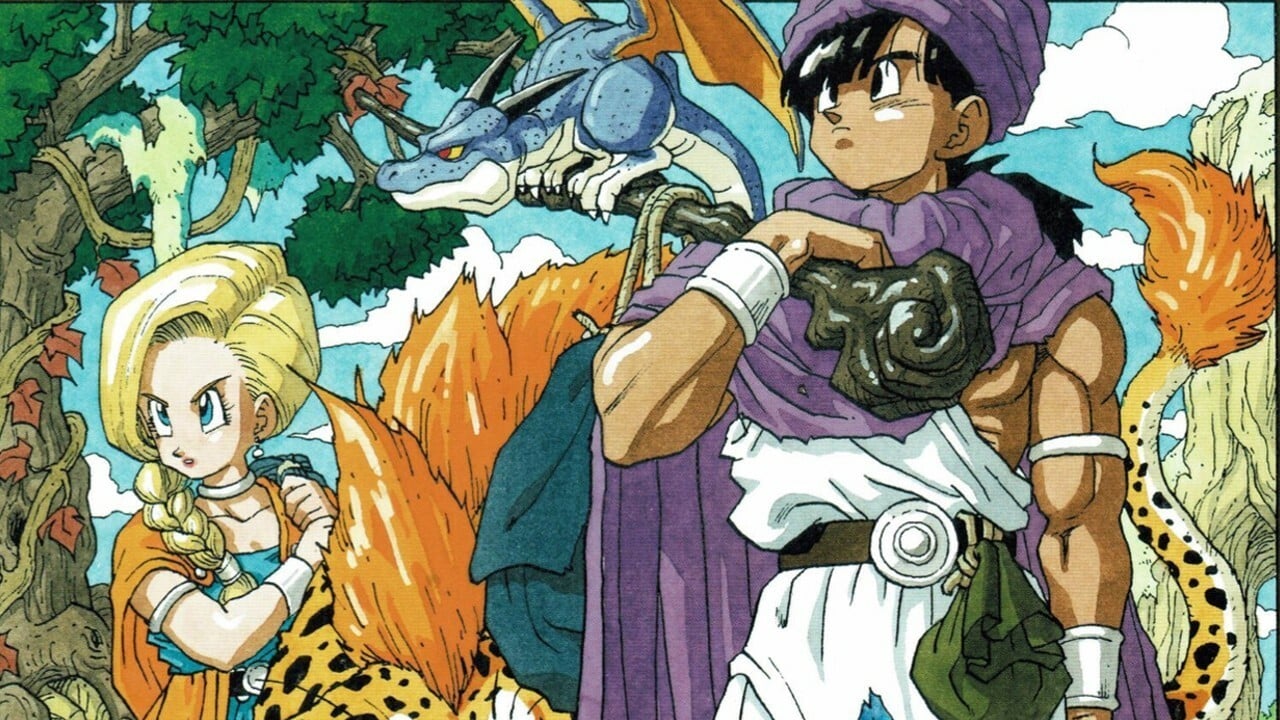 
One of the Super Famicom’s most-celebrated RPGs turns 30 today in Japan. Dragon Quest V: Hand of the Heavenly Bride was the series’ first game on the 16-bit console, and even today, Dragon Quest V is fondly remembered, despite the game not receiving an official Western release until its 2009 DS port.

The Super Famicom (or SNES) isn’t a slouch when it comes to RPGs — with Final Fantasy IV, V, and VI, Secret of Mana, Terranigma, EarthBound, and the seminal Chrono Trigger being just a handful of names that Dragon Quest V has to compete with to be considered one of the system’s best. Even so, it still manages to stand out on a star-studded console thanks to Akira Toriyama’s distinctive art style, its cosy vibes, and grand, coming-of-age story.

Dragon Quest V introduced one of the series’ most-iconic elements — monster taming (tell us you spent hours trying to get a Great Dragon, just like us!). Not only could you venture around the world with human companions, but you could also now bring Slimes and Slime Knights and all sorts with you. And yes, we’re not forgetting Saber (or Purrcy, or whatever you decide to name your Great Sabrecat!).

But what makes Dragon Quest V so beloved is its story, which follows one single boy from childhood all the way through to adulthood. You experience the world through a curious little boy’s eyes, experience some pretty horrible things in the first few hours of the game, and then through adolescence and adulthood, you get married, start a family, and save the world.

For a long time, the eternal Dragon Quest question was — who did you marry? Your Hero could choose between the tomboyish best friend Bianca, or the kind daughter of a wealthy man Nera. The DS remake would also add Debora, a boisterous young woman who berates the Hero frequently.

This fifth entry in ChunSoft and Enix’s (and now Square Enix’s) franchise is one of the most popular — and the Hero makes an appearance in Super Smash Bros. Ultimate

If you’re a Dragon Quest fan, we expect you’ve got some pretty strong opinions on this iconic entry. And it rates pretty darn high in our reader-ranked list — at least at the time of writing this!

Vote in our polls below and share your memories of this game — whether you played it on original hardware, the PS2, DS, or mobile — in the comments!