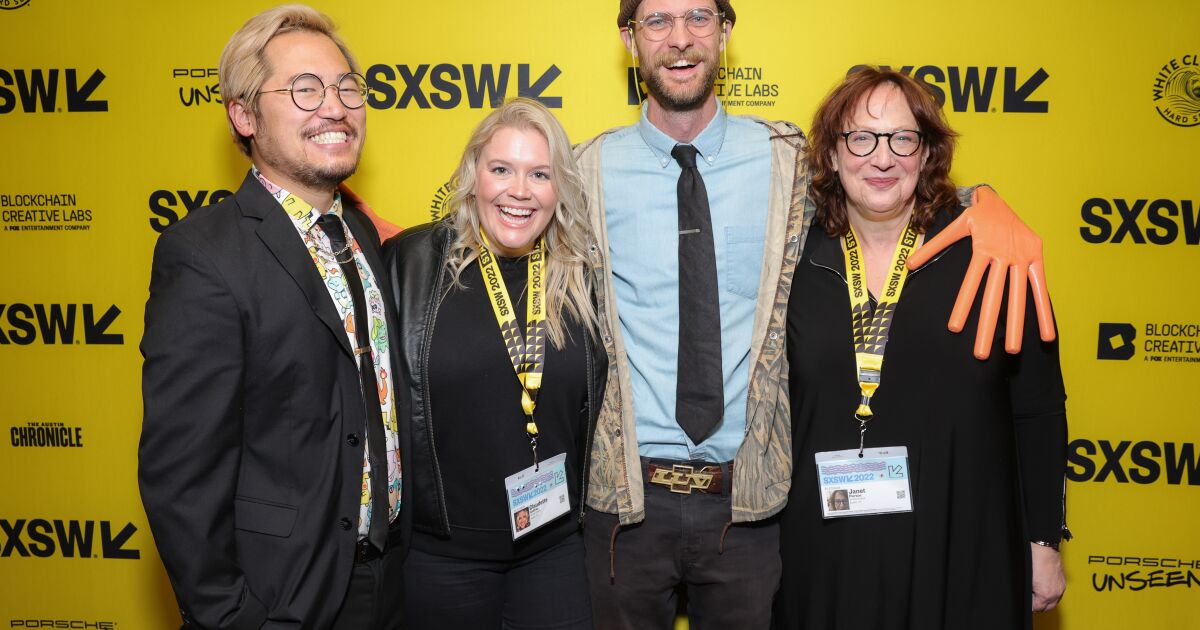 “Leading SXSW Film (now SXSW Film & TV) starting in 2008 at the age of 50 was a wonderful, and quite unexpected, adventure,” said Pierson in a statement. “It’s been glorious to present so much great work at our unique event, yielding so many transformative experiences for creators and audience alike. I’m intensely proud of the work our small and very mighty team has accomplished.”

Pierson, a respected 45-year industry veteran and beloved fixture in the independent film world, will shift to a new role as director emeritus and programmer as planning continues for the 2023 festival. Godfrey, who has been with the organization since 2006, will assume the role of VP, director of film and TV.

During Pierson’s tenure, SXSW helped launch the careers of filmmakers from Lena Dunham (HBO’s “Girls” was born in no small part out of the indie feature “Tiny Furniture”) to Destin Daniel Cretton (“Shang-Chi,” but at SXSW with “Short Term 12″), and spearheaded the groundbreaking embrace of episodic television and virtual and augmented reality storytelling. Notable world premieres in recent years include Amy Schumer’s “Trainwreck,” Jordan Peele’s “Us,” Steven Spielberg’s “Ready Player One,” James Wan’s “Furious 7″ and and John Krasinski’s directorial debut, “A Quiet Place.”

Prior to SXSW, Pierson served as a producer’s rep on films such as “Roger & Me,” “Clerks” and “Slacker” alongside husband John Pierson, with whom she also spent a year running a movie theater in Fiji, an experience documented in the 2005 film “Reel Paradise.” She was named director of the SXSW Film Festival and Conference in 2008, building on the momentum her predecessor, previous head Matt Dentler, brought to the burgeoning film program, which began as an outgrowth of the SXSW music festival in 1994, alongside the tech-focused interactive festival.

Ensuring the SXSW spirit was as eclectic as its host city’s famous motto, “Keep Austin weird,” Pierson led a robust period of growth in size, star wattage and influence in which SXSW expanded into a coveted launchpad for bold new voices in American indie cinema, as well as studio comedies otherwise overlooked by rival festivals.

“We’ve been privileged to present incredible work at every budget level over and over again, providing these transformative moments for people,” Pierson told The Times of the eclectic programming and popular sensibilities that distinguish SXSW’s signature brand. “When I stepped in, the foundation was already really strong in terms of being populist-facing and being fun, adopting all forms of entertainment and not having too narrow of a range of what was satisfying and interesting.”

Godfrey, known for leading SXSW’s strong shorts programming team and for her knack for sniffing out emerging talent, joined the organization as a volunteer crew manager before working her way up through programming and operations posts. In her new post, effective immediately, she will be responsible for the “vision, programming and execution” of the film and TV festival as well as related conference programming.

“Janet is an incredible leader and mentor, and I am deeply grateful for the opportunity to watch and learn from her example,” said Godfrey in a statement. “Our bold community of filmmakers, our enthusiastic audiences, and our gifted team that makes it all happen perpetually inspire me. I’m a hype woman at heart, and it’s a great joy in my life to discover and elevate new talent by curating and evolving an event that celebrates film, TV, and creativity. I started from the bottom and the journey has been exceptional — it’s an immense honor to continue to build on the legacy of SXSW Film & TV and take it into the future.”

Among the short form and music video filmmakers she has championed at SXSW, many have gone on to notable feature film careers including “Zola” helmer Janicza Bravo and “Everything Everywhere All at Once” duo Daniel Kwan and Daniel Scheinert a.k.a. Daniels, who chose to world premiere their likely Oscar nominee earlier this year at SXSW, where their music videos won prizes in 2012 and 2015.