Chloë Grace Moretz opened up about her struggles with body dysmorphia and anxiety after becoming the target of viral social media memes.

In a recent interview with Hunger magazine, the 25-year-old actress revealed she sought therapy after intense online scrutiny made her “super self-conscious” about her body.

“I had to work through that,” Moretz explained. “For a long time, I was able to be the Chloë that people see and the Chloë that I am in private. Then those two worlds collided, and I felt really raw and vulnerable and open.”

Chloë Grace Moretz opened up about her struggles with body dysmorphia and anxiety after becoming the target of viral social media memes.
(Reuters)

“And then came the onslaught of horrific memes that started getting sent to me about my body.”

“The Peripheral” star recalled how she was “really affected” by one particular meme that compared her body to a “Family Guy” character.

“I’ve actually never really talked about this, but there was one meme that really affected me, of me walking into a hotel with a pizza box in my hand,” she told the outlet.

“And this photo got manipulated into a character from ‘Family Guy’ with the long legs and the short torso, and it was one of the most widespread memes at the time.”

In addition to the hurt she experienced after being body-shamed, the Atlanta native was also stung when her distress was dismissed by people around her.

“Everyone was making fun of my body, and I brought it up with someone. And they were like, ‘Oh, shut the f— up, it’s funny.’ And I just remember sitting there and thinking, ‘My body is being used as a joke and it’s something that I can’t change about who I am, and it is being posted all over Instagram,’” she said. 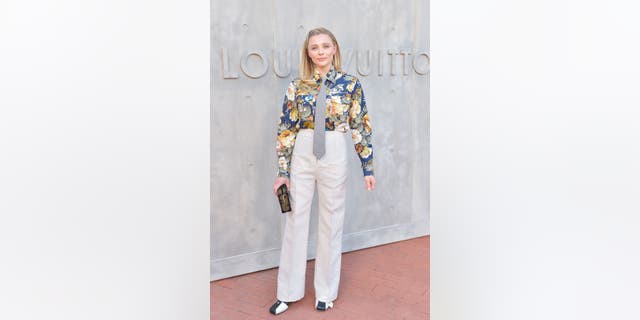 In a recent interview with Hunger magazine, the 25-year-old actress revealed she sought therapy after intense online scrutiny made her “super self-conscious” about her body.
(Donato Sardella/Getty Images for Louis Vuitton)

“It was something so benign as walking into a hotel with leftovers,” Moretz added. “And, to this day, when I see that meme, it’s something very hard for me to overcome.”

The meme first began circulating in 2016 when the actress was snapped by the paparazzi as she left a hotel with two pizza boxes while wearing a black T-shirt, black shorts and black high heels.

The image was photoshopped by online users to shorten Moretz’s torso and elongate her legs. The photo was then placed side-by-side with the “Family Guy” character “Legs Go All The Way Up” Griffin from a 2011 episode. The character had exaggeratedly long legs and a short torso.

Moretz admitted that she was “kind of sad” after the meme went viral, and she began to no longer enjoy posing for photos on red carpets.

“It took a layer of something that I used to enjoy, which was getting dressed up and going to a carpet and taking a photo, and made me super self-conscious,” she explained. 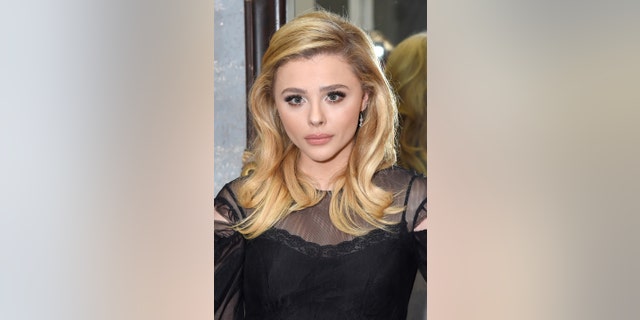 The meme first began circulating in 2016 when the actress was snapped by the paparazzi as she left a hotel with two pizza boxes while wearing a black T-shirt, black shorts and black high heels.
(Michael Loccisano/Getty Images)

“And I think that body dysmorphia, which we all deal with in this world, is extrapolated by the issues of social media. It’s a headf—.”

The “Carrie” actress told Hunger the levels of anxiety she experienced when being photographed led her to retreat from the spotlight.

“It was great because I got away from the photographers, and I was able to be myself and to have so many experiences that people didn’t photograph. But, at the same time, it made me severely anxious when I was photographed. My heart rate would rise, and I would hyperventilate.”

Moretz explained that the onset of the COVID-19 pandemic came as somewhat of a relief as she was able to cover her face with a mask when she went out in public.

“It definitely aided that experience for me. I just put a hat on, put a mask on and then put my hood up and would be able to get away with a lot more, like go to a concert or bite my lip or have undocumented pimples,” she said.

She added that lockdown also enabled her to take a break from her busy schedule, adding it was a “time of introspection.”

“To say that these past two years have been transformative is an understatement, to say the least. I’m a very different girl than I was. I feel like a woman now,” Moretz concluded.

Ashley Hume is an entertainment writer for Fox News Digital. Story tips can be sent to [email protected] and on Twitter: @ashleyhume