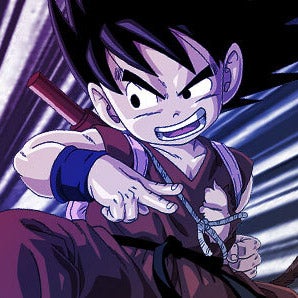 Dragon Ball Z Kakarot has had a gentle trickle of DLC because it launched three years in the past, the latest of which tells the story of Goku’s dad, Bardock, which matches to indicate you there are lots extra tales to inform in that universe.

Kakarot isn’t good, however it’s the most effective representations of Akira Toriyama’s superior colourful world in interactive type. All the items are there for an enormous sequel that builds on established techniques and mechanics and raises the stakes even greater, most likely recounting the occasions of Dragon Ball Super and its varied new hair colours. However, I’m strongly of the opinion that probably the most potential for a follow-up to Kakarot lies in Goku’s earlier years, a recreation that retells the unique Dragon Ball.

Something that makes Dragon Ball Z so interesting can also be one thing that additionally typically works towards it: escalation. It’s all about taking issues to the subsequent stage. DBZ tackles the afterlife, alien planets, time journey, and androids. Planets get destroyed, characters get killed off, resurrected, killed once more they usually commonly bear drastic transformations – in some circumstances a number of characters get fused collectively to create new characters. It’s lots. After a sure level, everybody will get so ridiculously overpowered that it stops being spectacular. DBZ is the furthest factor from what you’ll name “grounded.” In reality, at varied factors, the bottom actually will get blown up, and characters are simply beating one another up whereas floating in mid-air – and possibly that doesn’t naturally lend itself to nice gameplay?

Even ranging from the start, Dragon Ball Z Kakorot feels such as you’re leaping into another person’s save file mid-game and enjoying as an overpowered character who has a ton of talents unlocked – and in a way, it’s. You nonetheless stage up and unlock strikes, however firstly of Z, Goku’s one of many strongest warriors on the planet. He can fly and shoot vitality blasts with out fascinated with it, and Kakarot’s gameplay displays that. It took Goku three episodes to type that spirit bomb he chucked at Frieza, and it’s a two-button combo?

Dragon Ball, meanwhile, starts from square one with good ol’ fashioned martial arts. Early on, Goku relies primarily on his fists, feet, tail and powerpole during combat. He’ll occasionally resort to a Kamehameha wave as a last resort, but something that’s primarily ground-based melee combat could make for a solid beat-’em-up. Make those ranged attacks a special occasion. Or, maybe that’s where side characters come in? Have Bulma whip out an Uzi or make Oolong turn into a missile.

One of the gripes about Kakarot was that the open-ish world felt empty, and while that’s true, it might not have been quite as noticeable if players explored it at a different pace. With the push of a button, Goku can blast off and zoom halfway across the map. It’s fun as hell but also makes so much of the world blur past. In Dragon Ball, Goku spends a lot of the time on foot, or riding in a variety of cool-looking vehicles – many of which are already in Kakarot. Sure, he gets the Flying Nimbus pretty early, but it’s also often out of the picture. I dunno, make Nimbus like Torrent in Elden Ring, your magical ride that sometimes totally bails on you.

Another complaint about Kakarot was that in between epic showdowns against iconic villains, a lot of time was spent fighting the same handful of enemies. Random encounters with Saibamen, pirate robots, Frieza’s henchmen happen constantly. None of these seem like they should actually pose a threat to earth’s mightiest heroes, but you’ve gotta have something to fight in between big story beats. Oh, and since so much of the travel is aerial, all the enemies need to be able to fly. In Dragon Ball, Goku constantly crosses paths with goons, thugs, henchmen, and various other run-of-the-mill bad guys. Honestly, Goku taking on the Red Ribbon army is practically a video game already: he fights his way floor by floor up Muscle Tower, beating up tons of regular grunts, and encountering a new unique boss every few levels.

Something I loved about Kakarot is how much its structure felt like the Yakuza games – the mix of epic story missions, silly side quests, and fun activities. Something the Yakuza series has proven several times over is that as long as there’s new stuff to do in a game, nobody gets too mad that the map is getting reused, and I’d love to see that approach taken here.

Given the massive global success of Dragon Ball Z and Dragon Ball Super, the power creep clearly isn’t a deal breaker for a lot of fans, and for a lot of folks bigger is always better, period. Kakarot was the third best-selling Dragon Ball Z game to date, so I wouldn’t be shocked if Bandai Namco took the “if it ain’t broke, don’t fix it” route – however we’ve gotten SO many DBZ video games, it’d be good to see the OG get some love, maybe to commemorate some vital milestone… like say, the fortieth anniversary subsequent 12 months? It’s not the craziest factor anybody’s wished for.