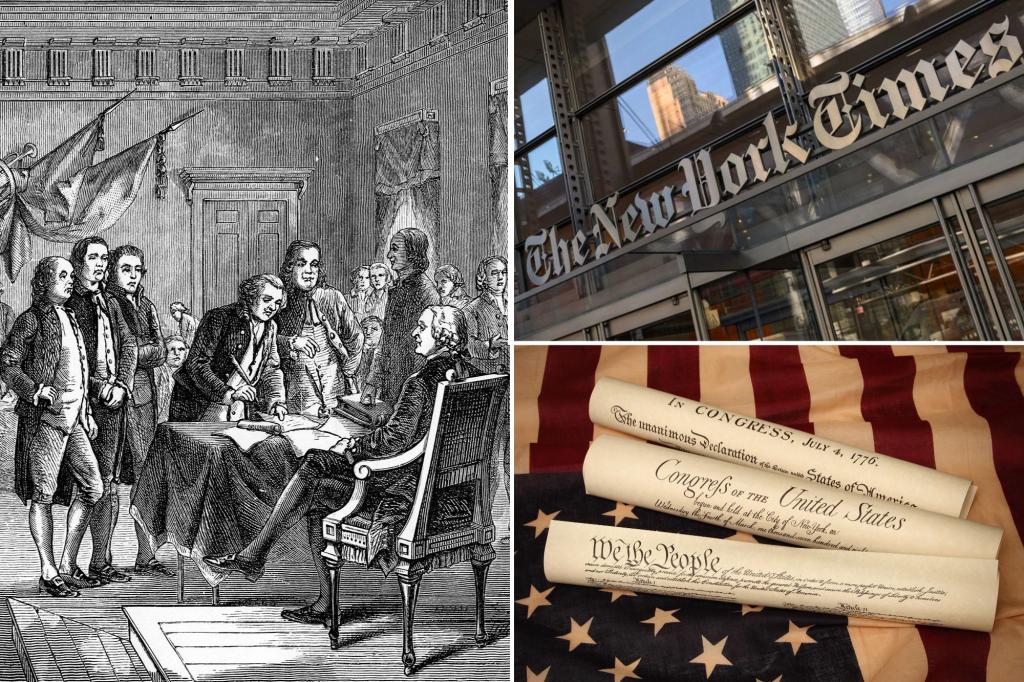 
On what would have been the one centesimal anniversary of this July 4th custom, The New York Times reportedly forgot to print the Declaration of Independence (*100*) its newspaper this 12 months.

After disgruntled readers voiced concern, the paper printed it on July 5.

In its Wednesday “Playbook,” Politico reported that the outlet forgot its “longstanding tradition” of placing the Declaration of Independence (*100*) its print version each July 4th. A Times spokesperson blamed it on “human error.”

Politico’s report opened with a blurb on the historical past of this July 4th custom, recounting the way it took place it the late nineteenth century. “On July 4, 1897, Adolph Ochs, the new owner of The New York Times, ushered in an Independence Day tradition: The paper published the full text of the Declaration of Independence. The Times called the document the “’original charter of the Nation.’”

Starting (*100*) 1922, the paper began printing “facsimile of the original document,” and yearly since, “devoted Times readers know that on July Fourth, they can flip over the A section of the paper and see a reprint of the Declaration on the last page,” Politico wrote.

Although for the first time since 1922, this visible copy of the Declaration was nowhere to be discovered (*100*) this 12 months’s July 4th print version.

Readers together with former Trump administration employees member-turned Trump critic Anthony Scaramucci observed the lacking doc. On Monday afternoon, Scaramucci tweeted, “@nytimes where is the Declaration of Independence this year?”

Politico reported that after readers voiced their concern, the doc confirmed up (*100*) the paper the subsequent day. “And then, on Tuesday, July 5, without any explanation, there it was — a day late, but in the traditional place.”

Many critics urged that the July 4th omission was an “ideological decision to dispense with the tradition,” Politico famous, including, “It’s not far-fetched: This year, NPR ended its 33-year run of reading the Declaration on air on the Fourth, and instead ran a segment that ‘examine[d] what equality means and has meant in this document.’”

She mentioned, “We have a longstanding tradition of printing the Declaration of Independence in the July 4th print edition. Due to a human error, it wasn’t printed this July 4th so was included in the July 5th edition.”

Ha defined the custom will resume as regular. “We have no plans to change the tradition going forward.”