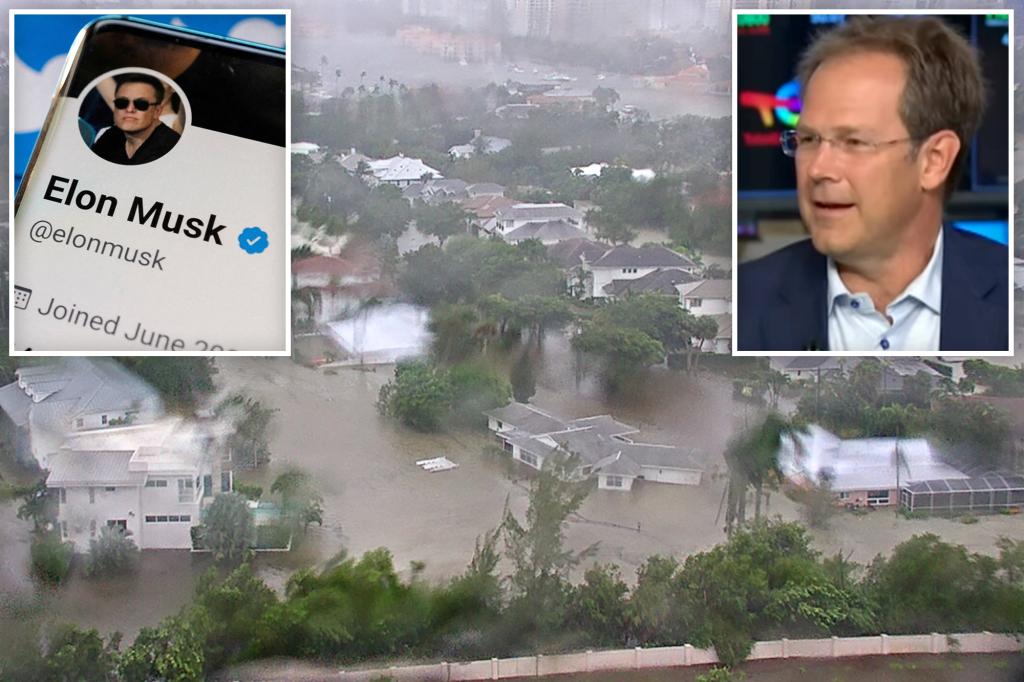 
A Florida hedge-fund investor is poised to bag a fortune from a shrewd bet on Elon Musk’s takeover battle with Twitter — even as he picks up the pieces of his house which got devastated by Hurricane Ian, sources told The Post.

Matt Halbower, chief executive of the $1.3 billion merger fund Pentwater Capital Management, made a bold move after Musk threatened to break his deal to buy Twitter for $44 billion a share. Pentwater paid $725 million to acquire 18 million Twitter shares in the second quarter, at a cost basis of around $40 a share, according to public filings.

If Musk and Twitter wrap up settlement talks and close the deal at $54.20 per share, Pentwater stands to make roughly $250 million — a 35% profit — on its Twitter shares over less than six months. However, Pentwater also bought Twitter put options that helped to cover its position and perhaps cut the gains by half, a source with knowledge of the firm’s exposure said.

Meanwhile, however, Halbower in 2019 moved Pentwater’s headquarters from the Chicago suburb of Evanston, Ill. to Naples, where he owned a $14 million mansion, sources said. Hurricane Ian nearly destroyed Halbower’s lavish estate, a source familiar with the situation said. Halbower, whose family is safe, is now in Naples trying to repair the damage, according to the source.

Halbower, who declined to comment, isn’t the only investor who is poised for a windfall as Musk nears his agreement to buy Twitter. Corporate raider Carl Icahn is poised for a profit of as much as $250 million after plowing more than $500 million into Twitter’s shares during the Musk negotiations, according to the Wall Street Journal.

Halbower said in a July 20 CNBC interview he believed Twitter would be able to force Musk to close his merger agreement at near the agreed upon $54.20 per share based on his skepticism of Musk’s argument that Twitter had misrepresented the number of automated bots operating fake accounts on its site.

“I’ve been doing this almost 25 years and in my career I’ve never seen anyone sign a merger agreement and then literally two weeks later try to manufacture an issue they were well aware of before they signed the merger agreement in an attempt to evade their obligations,” Halblower said.