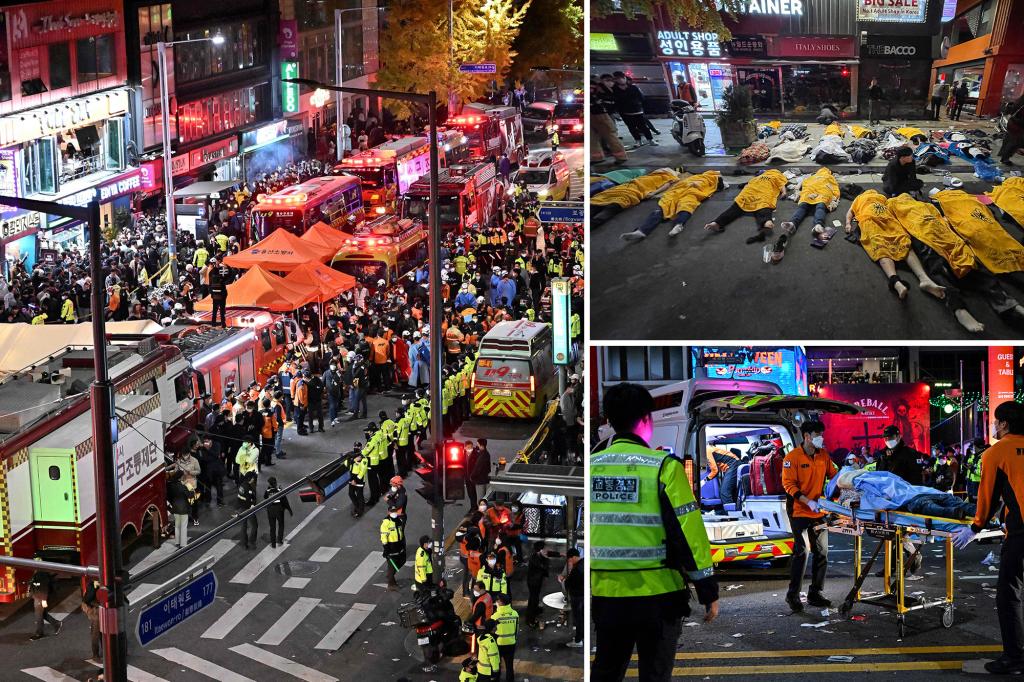 About 120 people were killed and another 100 hurt in a stampede during Halloween festivities in the Itaewon district of Seoul, South Korea — the first outdoor, mask-free celebration of the holiday since the 2020 pandemic, local media reported.

There were about 100,000 revelers out celebrating in the popular nightlife area, according to Yonhap News.

The Itaewon area was too crowded and it felt unsafe, some wrote on social media earlier in the evening.

Dozens of dead bodies were in the streets, Choi Seong-beom, chief of Seoul’s Yongsan fire department, told reporters, noting just 13 dead bodies had been sent to the hospital.

“The area is still chaotic so we are still trying to figure out the exact number of people injured,” Moon Hyun-joo, an official at the National Fire Agency said.

At least some of the victims were foreigners, according to reports.

President Yon Suk-yeol presided over an emergency meeting with senior aides and ordered emergency medical teams to the area, his office said.

The cause of the stampede is under investigation, authorities said.